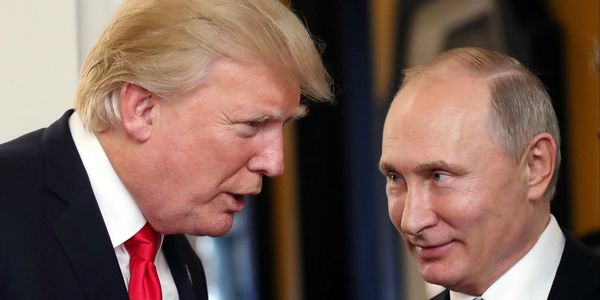 Despite what Trump would have his supporters believe, the Russians did hack our election systems in 2016 and 2018, per the intelligence community, and aim to do so again in 2020. And their intent is clear – to help get Republicans elected. In fact, Russian president Vladimir Putin admitted during a press conference, while standing next to Trump, that he wanted Trump to win.

But instead of taking this threat seriously – as an attack against our country – Republicans have opted to ignore the issue, to reject increased funding for election security, and to encourage further hacking by utilizing the stolen material.

But that must stop today.

Unless Republicans refuse to use stolen material, hackers will continue to supply it for them. And while that currently works in their favor, one day it may not. We cannot establish the precedent that a party – any party ­– is willing to accept help from a hostile foreign power to influence our free and fair elections.

We, the undersigned, demand that Republicans join Democrats in pledging not to use hacked information in campaigns.

With future battles being fought in cyberspace, this is an essential step in protecting not only our vulnerable infrastructure and election systems, but the very future of our democracy.