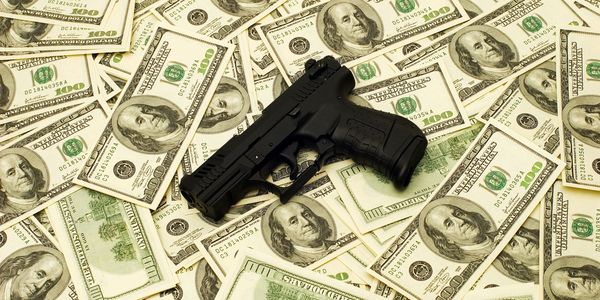 Gun violence costs people their lives and cities millions of dollars. But this new law could help with both.

The full cost of gun related violence is incalculable. Lives lost and trauma gained is a horrendous price that over 300 people pay every day in the United States when they are either killed or wounded by guns, not to mention the toll on their families, friends, and loved ones.

Beyond that, gun related violence costs money too -- emergency services and other immediate costs, treatment of gun wounds, and physical and mental long term care for the scars we can and cannot see, just to name a few. On average, "taxpayers, survivors, families, employers, and communities'' pay "$280 billion" every year in the United States in the aftermath of gun violence.

But San Jose just took unprecedented action to move this financial responsibility from cities to gun owners themselves. Sign the petition and ask that New Orleans, Memphis, and Burmingham, the three U.S. cities with the highest gun mortality rate per capita, pass similar gun tax and insurance laws to San Jose's!

San Jose recently experienced a horrific mass shooting in which 10 people, including the shooter, died. Weeks later, the city council took strong action and voted to require people who want to own guns to pay for liability insurance to cover the cost of injury or loss in case their weapons are used for violence, as they so often are. Gun owners will also be charged a tax, the exact amount yet to be determined, on the firearms they possess -- that tax will go directly to funding emergency services for incidents of gun violence.

The mayor of the city, Sam Liccardo, put it best: "While the Second Amendment protects the right to bear arms, it does not require taxpayers to subsidize gun ownership... We won't magically end gun violence, but we stop paying for it. We can also better care for its victims, and reduce gun-related injuries and death."

Almost every state requires personal injury liability insurance for car owners because we know how likely injury in a car accident is. In the United States, an average of 100 people die and another 230 are injured every day by guns. If gun owners are serious about the right to bear arms, it's high time they also bear some of the responsibility that comes with guns.

Care2
Gun violence costs people their lives and cities millions of dollars. But this new law could help with both.
SHARETWEET