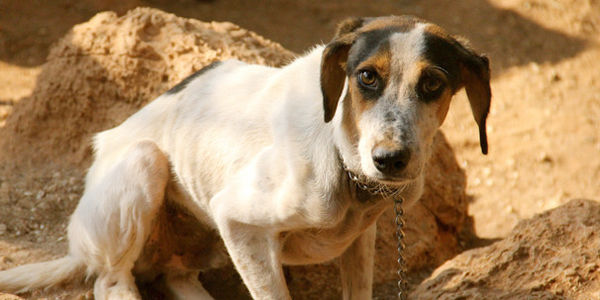 As the pandemic continues, people are turning their rage and frustration against innocent animals. Tell the government to step in!

As we all know, the pandemic has taken an immense psychological toll on all of us. And unfortunately, for some people, this stress translates into violence and abuse — both against other humans, and also against defenseless, innocent animals.

All across the U.S., authorities are seeing rates of animal abuse skyrocket, alongside cases of domestic violence, child abuse, and other brutal crimes. In one area of the country, Washington state's King County — the home of capital city Seattle — prosecutors have been horrified by just how bad animal cruelty has become.

And they say it's clear what the root cause is: the increased stress of a deadly pandemic outside our doors has created "a pressure-cooker situation." Mental health is deteriorating around the U.S. and around the world — and without more assistance, people's anxiety, anger, and stress are only going to get worse.

Sign the petition to demand that Congress include a massive increase in funding for mental health services in the next COVID-19 stimulus package!

In 2020, the number of animal cruelty cases prosecutors filed just in this one county alone has jumped 150%, compared with 2018 and 2019. One official named Ann Graves, who is the director of the Seattle Animal Shelter, says the incidents of animal neglect and horror she's seen during the pandemic are worse than anything else from her entire 20-year-long career.

Not only is there more abuse being perpetrated against powerless cats, dogs, and more — but the violence has become much more intense. Cats have been tied up to bikes and dragged along pavement, and in some cases drowned; dogs have been strangled or asphyxiated with duct tape. One man collected 91 roosters for the bloody "sport" of deadly cockfighting.

Speaking of one recent situation, in which her team saved upwards of 220 animals from a Seattle home filled with dead pets, Graves said: "I felt an overwhelming sense of sadness and suffering that I will never unfeel."

To make matters worse, humans who abuse one animal often go on to enact their cruelty on more animals — and on people, too. The nonprofit Animal Legal Defense Fund reports that 43% of people who perpetrate school shootings began by terrorizing confused and helpless pets.

We need urgent help to keep animals safe, and the best way to do that is by getting all humans the help they need. Tell members of Congress that they must include extensive mental health provisions in the next round of relief funding!
Sign Petition
SHAREShare With FriendsTWEETEMAILEMBED
Sign Petition
See more petitions:
You have JavaScript disabled. Without it, our site might not function properly.

Care2
As the pandemic continues, people are turning their rage and frustration against innocent animals. Tell the government to step in!
SHARETWEET