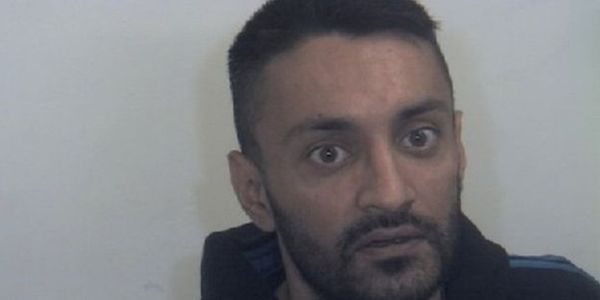 At 14, Sammy Woodhouse was raped repeatedly by Arshid Hussain, a man ten years her senior. Her rape caused her to become pregnant and she gave birth to a baby boy that she has raised ever since.

Arshid Hussain is one of three brothers responsible for the grooming and rape of more than 50 young girls. When the case broke, it shocked the entire world and in the United Kingdom, where the crime took place.

In 2016, Hussain was sentenced to 35 years in jail. Any logical person would think that he would likely spend a large part of the rest of his life behind bars, where he would be unable to victimize anyone else, hidden from view and able to be forgotten.

That's what Woodhouse thought, but she was wrong. Rotherham, the city where the rape took place, sent Hussain a notice inviting him to play a role in her son's upbringing. That's right, you read correctly. Rotherham Council asked the rapist to take part in the rearing of Woodhouse's son!

In parts of the United Kingdom (England and Wales) rapists aren't automatically blocked from having a role in the life of the child they conceived during the act. In fact, by law "all parents, regardless of parental responsibility" are provided the same rights in terms of receiving notice of care proceedings regarding their child.

Woodhouse was shocked. Under no circumstances did she want Hussain near her son. In fact, as the 2016 conviction proved, she is adamant that he presents a clear and present danger to children and to herself.

Now Woodhouse is fighting to protect her son and change the law that allows this to happen. Will you join her?

Let's make sure that victims of rape cannot be re-victimized by the government and the men that violated them. Sign the petition and demand that the British Parliament make the appropriate changes to the 1989 Children Act so that this can never happen again.
Sign Petition
SHAREShare this petition with friends!TWEETEMAILEMBED
Sign Petition
See more petitions:
You have JavaScript disabled. Without it, our site might not function properly.