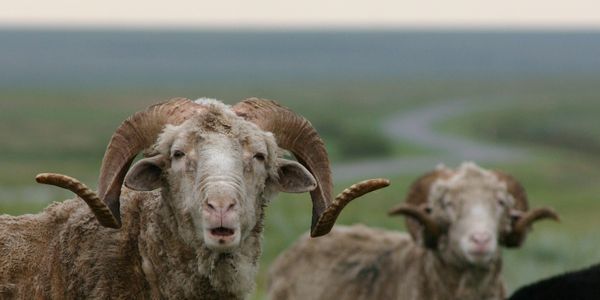 Donald Trump Jr. Got Away With Killing This Animal Whose Species is on the Brink of Extinction

There seems to be no end to the story of the Trump children using politics to get what they want in their personal lives. The latest installment in the saga? Donald Trump Jr. killed a Mongolian national treasure, met with President Khaltmaagiin Battulga, and was suddenly granted a permit for the killing - retroactively.

But apparently, Don Jr. is not the first hunter to be granted special privileges due to political sway. Sign the petition and demand that the Mongolian government make him the last and stop issuing ing permits to hunt the endangered argali.

The argali is a wild sheep native to Central Asia. The animals are beloved in Mongolia, but sadly extremely endangered. Don Jr. must not have known this, or more likely - he didn't care. While on a hunting trip with his son, accompanied by both U.S. and Mongolian security, he shot one of the animals. He then instructed his escorts to transport it without damaging its fur or horns, which he likely planned to keep as trophies.

Once Don Jr. was safely back in the U.S., he was granted a permit to hunt the angali long after he had already killed one. Experts think it is likely that Don Jr.'s meeting with President Khaltmaagiin Battulga, the details of which are entirely secret, had something to do with that. This is only further supported by Mongolian scientist and argali researcher Amgalanbaatar Sukh, who says the hunting permit processes in Mongolia are political and most often arranged by high-level government officials.

When permits are legally obtained and paid for by hunters, the fees are meant to go to herders, scouts, ram management programs, and surveys. Sukh, who heads an argali research center, says he has never received any such funds.

Highly regulated trophy hunting within endangered species is meant to serve as a conservation and research effort. The system in Mongolia is gate-kept in such a way that corruption is evident. These "efforts" are just a sham. And if you don't believe that, believe the numbers - between 1985 and 2009, the number of argali in Mongolia plummeted from 50,000 to just 18,000.

These animals need protection more than ever if their species is to survive. Donald Trump Jr. must be the last hunter to kill one of the precious argali. Tell the Mongolian government to stop permitting argali hunting by signing the petition today.
Sign Petition
SHAREShare With FriendsTWEETEMAILEMBED
Sign Petition
See more petitions:
You have JavaScript disabled. Without it, our site might not function properly.

Care2
Donald Trump Jr. Got Away With Killing This Animal Whose Species is on the Brink of Extinction
SHARETWEET