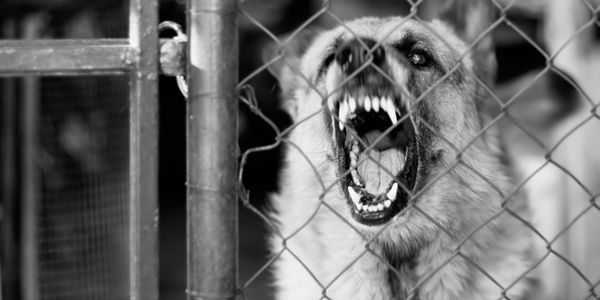 Dogs should be loving companions, not weapons of terror turned against Black children

Every three weeks. That's how often, on average, police in Baton Rouge, Louisiana force their trusting, loyal K9 companions to turn into weapons — to the point where the dogs bite teenage children.

It is so obviously wrong to use and abuse a dog in this way. Police should never be warping dogs' training and brainwashing them into attacking humans. Sign the petition now!

In one 2-year period, Baton Rouge police officers forced their dogs to bite more than 146 people; some individuals were as young as 13 years old. Nearly every person was unarmed and Black, and posed no danger of violence. Many of the children were simply suspected of using a car, dirt bike, or other motor vehicle without authorization.

Of all the cities where researchers could obtain records — including the 20 largest cities in the U.S. — police in Baton Rouge were more likely to force their K9 companions to bite and inflict violence upon children than in any other location.

These bites leave visible scars, sometimes so obvious that strangers observe them. Even worse, the bites can penetrate so deep it causes infections and muscle damage that can last so long-term, it becomes a lifetime. Yet the same officers who coerced their animals to morph from comrade into a weapon of terror don't seem to care at all. In fact, when children are injured by the dogs police sicced on them, officers barely report the gory wounds and maimings on official forms.

No dog should ever be trained to hurt children. After all, these are supposed to be humans' best friends! Such viciousness can only mean that the dogs themselves are first being subjected to enormous stress, fear, and aggression by their handlers. It also puts these rule-following pups at risk of never being safe enough to retire from service and adopted by a loving family. After duty, their only real possible future will be euthanasia.

The real crimes here are abusing these dogs, and forcing them to harm and abuse children and other young people.

It's time for lawmakers in the larger state of Louisiana to step in and end this disgusting practice. They must ban the use of attack dogs on police forces, and stop the cruelty now!
Sign Petition
SHAREShare this petition with friends!TWEETEMAILEMBED
Sign Petition
See more petitions:
You have JavaScript disabled. Without it, our site might not function properly.

Care2
Dogs should be loving companions, not weapons of terror turned against Black children
SHARETWEET