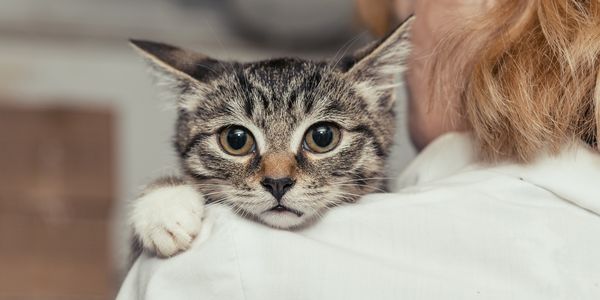 This Vet Has Been Violently Abusing Animals for Almost 50 Years, And No One Is Stopping Him

It's every pet owner's nightmare. You're desperate and scared -- maybe your dog got her leg caught in a fence, or your cat ate something he wasn't supposed to, and they're suddenly in pain and maybe even in danger of losing their life. You rush to the vet, a trusted professional who swore an oath to protect the health and welfare of every animal in their care. But then, just as you think the worst is over, and recovery and relief are on the way for your furry family member, the unthinkable happens -- violent abuse. A dog being held by its snout, ripped into the air and dangled there until it loses consciousness. A cat being slammed to the ground, its head pinned to the floor by the vet's foot, as they administer a sedative through a reused needle. The abuse might even end in the death of your beloved pet.

Believe it or not, these are all instances of abuse perpetrated by the same, contemptible vet who is still allowed to practice veterinary medicine. Dr. Daniel Koller has spent his almost 50-year career victimizing, torturing, and killing innocent pets. And because of a lack of accountability and proper responses from state veterinary boards, he still holds a license, still owns multiple clinics, and shows no signs of stopping his attack on animals.

Sign the petition today if you think every U.S. state's veterinary board needs to have strict, consistent protocol for revoking vet licenses in the case of animal abuse! Violent vets cannot be trusted with helpless, vulnerable animals!

Since he received his veterinary license in 1971, Dr. Koller has had it revoked or suspended at least four times. But he has always been able to get it back.

The first time was just after Dr. Koller went to jail for animal abuse -- he had hung a German Shepherd until it passed out, beating it so violently that it lost many of its teeth. Later, the dog was found in a freezer, but no one knows how it died. During that same time period, Koller beat another sweet pup so brutally in the face that both of its eyes hemorrhaged. He slammed a trapped, terrified cat into the walls of its cage. There are many more stories that led to the California Veterinary Medical Board revoking his license in 1979. It is clear why they would take his license away -- it is less clear why they would reinstate it just five years later.

Since then, Koller moved his work to Oregon where he currently owns and operates 20 clinics and is in "good standing" with the veterinary board there, even though countless employees, pet owners, and other witnesses have come forward about the violence he is responsible for -- biting, punching, beating, and hanging animals are routine for Koller. He even fired an employee he thought was being too kind and comforting to the pets. 50 years of violence, spread out across 20 clinics -- the number of people's companions, family members, and best friends that have been abused or murdered by this man is incomprehensible.

The case of Dr. Koller is a symptom of a larger problem across every state, not just California and Oregon. Each state has its own veterinary board, which is supposed to oversee and hold vets accountable. Pets are unfortunately viewed as property by the law, not family, so owners have very few legal options when a vet abuses their animal, leaving the job totally up to these review boards. But if Oregon and California are reinstating the license of a violently abusive vet who has clearly taken no steps to reform and shows no remorse, then what hope do we have of keeping our animals safe?

That's why we are urging every single state's veterinary board to create a strict, standardized way of dealing with veterinary abuse, which at the very least requires that any vet convicted of animal abuse NEVER be allowed to have their license reinstated! Sign the petition today if you agree.

Care2
This Vet Has Been Violently Abusing Animals for Almost 50 Years, And No One Is Stopping Him
SHARETWEET