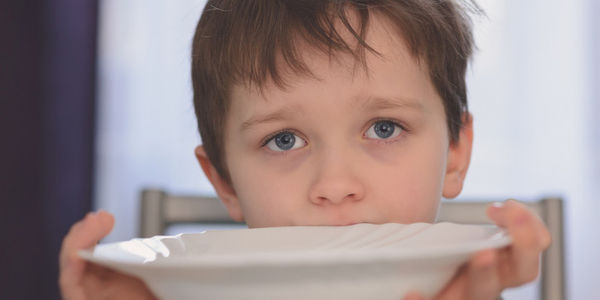 The Supplemental Nutrition Assistance Program (SNAP), also known as food stamps is an utterly critical program that allows millions of Americans to feed their families. In a country this wealthy, there is exactly no reason that anyone should be food insecure. Yet, 40 million people, including 12 million children aren't sure where their next meal will come from. Now, Trump wants to rip that safety net away from 3 million people.

Please sign on if you think no one deserves to go hungry, no matter what!

Basically, Trump wants to override each state's ability to set the bar for when their people qualify for food stamps. But the truth is, each state knows their people best. They know the high costs of housing and childcare that people face and they know that assisting in feeding folks benefits whole communities, economies and families. Of all the things we spend money on as a country, feeding hungry adults and children seems like one of the most important, given that it's a basic human right of survival.

If Trump wants to save money like he asserts, maybe he could cut some of the defense funding, which is nearly $600 billion. His move against SNAP will save a measley $2.5 billion and certainly result in the suffering, disease and death of millions. This discrepency in funding just shows that he's not interested in saving money, he's interested in punishing poor people while bulking up his ego-fueled defense programming.

We cannot let this happen. The reasons people are food insecure are systemic, institutional, racist and completely unnecessary for a country with so many resources.

Please sign on to oppose this move that would cause 3 million people to lose their food security.
Sign Petition
SHAREShare With FriendsTWEETEMAILEMBED
Sign Petition
See more petitions:
You have JavaScript disabled. Without it, our site might not function properly.