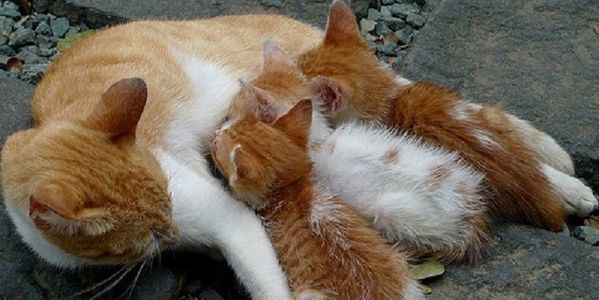 Please sign and share this petition worldwide to take a stand for the dedicated soldier who had compassion to save the life of a dying cat.

It is quite disturbing that a soldier, Lieutenant Barbara Balanzoni, would be sent to military court in Italy because he was trying to the save the life of a dying cat.  Lieutenant Balanzoni has been returned to her civilian life and career as an anesthetist in Tuscany, facing charges of insubordination for saving the life of an animal. Her position in the army was medical officer at Nato in Kosovo.

Lt. Balanzoni received an alert from military personnel due to outbursts of cat noises at the infirmary.  She noticed a cat, later named Agata, a stray around the area, seemed to be in deep pain. The cat was delivering some kittens and, exhausted, could not deliver the last, which turned out to be stillborn.  Without help, this cat, the mom, would have certainly died. With the demise of the cat, not only would the entire area be subjected to total disinfecting, the surviving kittens would be orphans without food; no way to be fed. They too would have passed on if their mother was not saved. In essence, Lt. Balanzoni saved more than one life when attending to the needs of Agata.

The veterinary office was in Italy at the time and Balanzoni states “far from disobeying orders, I was following military regulations, which state that, in the absence of a vet, the medical officer should intervene.” So what did the officer do wrong if she was following regulations?  Charges against Lieutenant Balanzoni states that she disobeyed her commanding officer when told n one would be "bringing in or having brought in wild, stray or unaccompanied animals.” She faces a year in the military penitentiary.

Lt. Balanzoni is due to go to trial in Rome in about a month and we all need to help her by protesting this unjust act and accusations against her.  Italy’s oldest animal defense association, Ente Nazionale Protezione Animali is involved in the case and should stand behind the decision of this dedicated soldier who was doing what was in her heart and mind; saving a life.  Please sign and share this petition worldwide to take a stand for the dedicated soldier who had compassion to save the life of a dying cat and her kittens!!

Italian Parliament and Military Court – You have so many important issues to attend to and you want to prosecute an officer for literally saving lives.  Lt. Balanzoni did nothing wrong and needs her officials to take her back and stand behind her in service and, in this case, the health of other living beings.  She followed regulations to intervene in animal medical issues in the absence of a veterinarian. You should be proud of her for her service and compassion and drop all charges against Lt. Balanzoni!