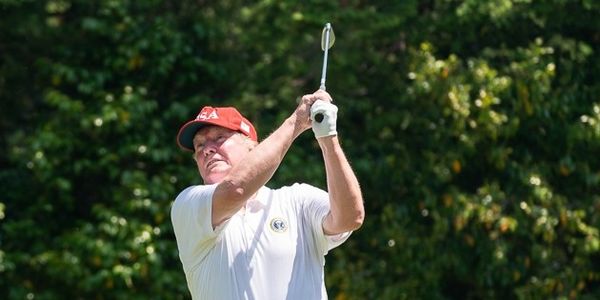 Trump’s golfing damaged this ecosystem so badly, scientists say it can never recover

Donald Trump's blatant attacks on the environment are limited neither to the United States nor to the actions he performed as its president -- in December 2020, as that role was coming to a close for Trump, it was announced that destruction from his golf resort in Scotland was so great, it cost the local coastal dunes their special protected environmental status.

Sign the petition and demand that Scottish authorities stop the destruction, and revoke approval for a SECOND, EQUALLY DESTRUCTIVE golf course right next to this one!

The dune system that Trump's own personal amusement park was built on is called Foveran Links, and it is -- or rather, was -- an incredible ecosystem. The dunes constantly move and shift, creating one of the most unique geographical features in all of Scotland. And they're not just a beautiful landmark -- animals, plants, and even people call Foveran Links home. But Donald Trump has never cared about any of those things.

Back in 2008, Nature Scot -- the agency tasked with protecting the natural heritage of Scotland -- warned that the Trump International Golf Links course at Menie would do irreparable damage to Foveran Links. But because Trump was promising that the site would bring in jobs and riches, Scotland's government stepped in and gave the destructive project the green light. Since it opened in 2012, the resort at Aberdeenshire has literally never turned a profit.

The development of the resort completely destabilized the dunes, terrorizing the animals that live there, the plants that root there, and the people whose homes are on the beautiful lands. Since the resort's construction, Foveran Links have been fighting a losing battle. And now, 8 years later, scientists have concluded that the dunes will never recover. This natural treasure is officially lost forever -- the special natural features that warranted protection have disappeared, and so too has the title 'Site of Special Scientific Interest (SSSI).'

But ironically enough, this has actually opened the door to more destruction. Now that Foveran links is no longer a SSSI, local authorities have given the go ahead to expand the resort at Menie with a second massive golf course! Foveran Links lost its protected status because of environmental destruction. This should not be the signal to proceed with another ecological massacre.

We need to tell Scotland that no fancy resort is worth the loss of some of the country's most valuable natural resources and landmarks. Sign the petition and tell them to stop the development of a second Trump golf course in Aberdeenshire!