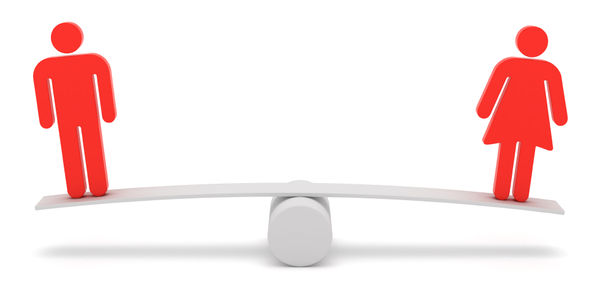 YORK UNIVERSITY: GENDER DISCRIMINATION SHOULD NEVER BE CONDONED ON CAMPUS

York University in Toronto, Canada is threatening disciplinary action against Sociology Professor J. Paul Grayson for refusing to accommodate sexual discrimination by one of his students on religious grounds.

Would York University accommodate a request made on religious grounds to discriminate against black people, ethnically Chinese people, disabled people, tall people, gay people, or left-handed people? Why is discrimination against women acceptable, then?

We the undersigned stand up for women's and men's equality, as enshrined in the Canadian Charter of Rights and Freedoms, and the Ontario Human Rights Code.

The statements and decisions made in this matter by Mr. Singer and Mr. Badiou suggest that they believe gender equality is subordinate to religious beliefs. We urge York University to retract this and re-affirm their stand on gender equality and women's rights.

Tell York University that sexual and gender discrimination based on personal religious beliefs must not be condoned in universities and other public institutions.

Tell York University that we support Professor Grayson's decision to treat all students equally regardless of gender or religious belief.

Tell York University that as a publicly funded, secular university, it is expected to preserve women's and men's equality, including in the face of religious beliefs.

From the Globe and Mail:
Religious accommodation or ‘accessory to sexism’? York student’s case stirs debate

"A student’s request to be excused from course work on religious grounds so he would not have to interact with female peers has opened a fractious debate over how institutions navigate between competing human rights.

J. Paul Grayson, a sociology professor at York University, received the request in September and denied it, arguing it would give tacit support to a negative view of women. But the dean of the faculty of arts disagreed and has ordered him to grant the accommodation.

A standoff has ensued over the degree to which religious accommodation is reasonable at a public, secular university. Dr. Grayson argues that approving the request would make him “an accessory to sexism,” and could give others a precedent to avoid interacting with students of a given race, creed or sexual orientation. Martin Singer, the dean, countered that the school is legally obliged to heed the student’s wishes, and other students would not be seriously affected."

From the National Post:
York University professor who refused student’s request to be separated from female classmates broke ‘obligation to accommodate’: officials

"The unusual request immediately troubled the professor. In a 12-page paper documenting the episode, he expressed his worry about becoming an “accessory to sexism” and, in a letter to the campus’ Centre for Human Rights, declared “I doubt that we would sanction a student refusing, for religious reasons, to interact with Blacks in classes even though Biblical justification could be found.”

Throughout, the student never revealed his religion, prompting Mr. Grayson to guess that he followed either Islam or Orthodox Judaism.

The professor ran the student’s initial memo past a Judaic scholar and two Islamic scholars, all of whom were puzzled by the request.

The Judaic scholar found no problem with an Orthodox Jew attending a co-ed group session. One of the Islamic scholars, in turn, declared simply, “unless he is asked to be physical with a female student, which I assume he isn’t, there is absolutely no justification for not interacting with females in public space.”

Mr. Grayson’s colleagues appeared to agree. At an October departmental meeting they passed a resolution forbidding any religious accommodations that contributed to the “marginalizations of other students, faculty or teaching assistants.”

This is an issue of women's rights being thrown out the window on a whim. We do not agree with York University's decision to ignore women's and men's equality in the face of any personal belief.

As Professor Grayson told the Globe and Mail: “You have to nip this in the bud, because what you’re dealing with here is a basic hornet’s nest,” Dr. Grayson said in an interview. “What if … I said, well, my religion really frowns upon my interacting with blacks?”

Canada's public universities and institutions must treat all men and women equally. Just like there's no tolerance of racial inequality, there can not be accommodations for gender inequality at York University or in any other Canadian University.

Recently, UK's Universities were subjected to 'advice' by Universities UK to allow gender segregation on campus. This highly discriminatory issue was fought against by women of colour and other students, and UUK had to rescind its 'advice'. There is now a legal challenge filed against that allowance of gender discrimination.

York University must not go down the path where women and men are treated unequally. Human rights include women's right to not be discriminated against.