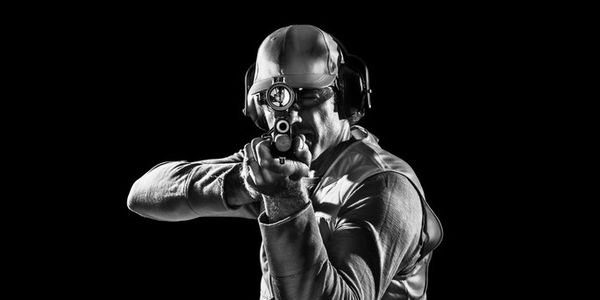 These dangerous animal-murderers can still buy guns... and they're cops

Night hunting is the horrific practice of sneaking up on a slumbering, unsuspecting bird or animal. And then shooting it dead, in cold blood. Not for any real purpose — just because you can.

This kind of wanton and sadistic cruelty can tell you a lot about a person. Anyone caught doing this is clearly uninterested in preserving animal life, Instead, they only value the "pleasure" they derive from taking life in this type of senseless, cowardly way.

Sign the petition to demand that authorities in Maine take this type of sadistic animal cruelty seriously!

Two men in Rockland, Maine — Addison Cox and Michael Rolerson — were recently discovered partaking in the "delight" of illegally murdering birds and wildlife in this way. At night, a time when these beings have next to no defenses and are completely unaware that armed gunmen might be approaching, they intentionally induced extreme suffering, pain, and death on these poor creatures. The details of the incident these men perpetuated were so horrific, they have not been released.

On top of that, because it was night-time, animals weren't the only beings in danger. If a child had been out in the woods for any reason, surprising the men while they were on their death patrol, the night easily could have ended in a case of unintentional homicide. The recklessness involved in these men's night outing is astounding.

Any of us should be scared to know that we have animal murders running around in our midsts. But to make this case even more scary: these individuals don't just have guns and a desire to kill. Cox and Rolerson are also police officers. Or, they were at the time.

Luckily, the police department has already fired these two violent individuals and charged them with committing both felony and misdemeanor animal cruelty offenses. But that will not stop these two violent criminals from becoming cops or even security officers elsewhere, after the local media storm has died down. Even worse — they could still legally purchase and amass more guns in the future.

Walking around with loaded guns and a finger on the trigger at night is never safe — ever.

The animals and people of Maine deserve to sleep soundly at night. We can't let people who are known to enjoy causing death and destruction — and even worse, who are careless enough to wield loaded weapons at night — to continue gaining more access to dangerous firearms. They are obviously not clear-headed or responsible enough to be trusted with these types of weapons.

Demand that the District Attorney of Maine, Natasha Irving, call for these two dangerous men to be barred from future service as police officers, as well as from owning guns!
Sign Petition
SHAREShare this petition with friends!TWEETEMAILEMBED
Sign Petition
See more petitions:
You have JavaScript disabled. Without it, our site might not function properly.

Care2
These dangerous animal-murderers can still buy guns... and they're cops
SHARETWEET