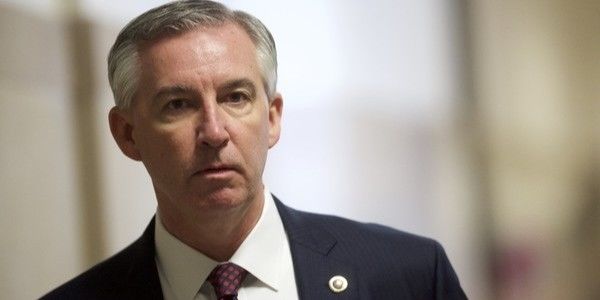 "In all criminal prosecutions, the accused shall enjoy the right to a speedy and public trial, by an impartial jury of the State and district wherein the crime shall have been committed, which district shall have been previously ascertained by law, and to be informed of the nature and cause of the accusation; to be confronted with the witnesses against him; to have compulsory process for obtaining witnesses in his favor, and to have the Assistance of Counsel for his defense."-Sixth Amendment of the U.S. Constitution

This amendment was put into place by the 4th President of the United States, James Madison, widely considered the "Father of the Constitution". At the time, Madison was a member of the House of Representatives, from Virginia. After fighting in the American Revolutionary War against Great Britain, Madison realized, along with the other founding fathers that there could be another tyrant, and that the rights of the people needed to be protected.

Herein, a new form of tyranny has arisen. This time, the threat is not from a foreign country, but the ideals of a dictatorship is present. Unfairness, inequality, and partiality due to a political and social movement has reared it's head in our American Justice System. None so was more present than in the case of the Commonwealth of Pennsylvania vs. Dr. William H. Cosby, Jr.

The actions against Mr. Cosby by District Attorney Kevin Steele was blatant acts of prejudice, racism, and bias that was beyond belief. The acts included but were not limited to, D.A. Steele publicly campaigning on getting Mr. Cosby, the judge allowing five prior bad act witnesses, who's testimony was prejudicial, inconsistent, and was beyond 30 years of accusations, allowing outbursts on the witness stand, lack of diversity on the jury, failure to give instructions to the jury during deliberations in terms of a statute of limitations defense, and more.

These alleged acts are only the tip of a much larger iceberg. While you may or may not like Mr. Cosby, it is clear that under the 6th amendment, he could not enjoy an impartial trial. The media press coverage alone, as in previous high-profile cases, i.e. the trial of Michael Jackson, was highly slanted for a guilty verdict. This had a massive impact on the proceedings.

In conclusion, we ask all of you, who truly believe that lady justice is blind, that in this environment, how would you feel if it happened to you? What if you didn't have money to afford a high-profile criminal defense lawyer?

We ask that you please sign this petition and demand that an investigation, preferably by an independent agency, take place into what happened at the Montgomery Courthouse in Pennsylvania.

You can make a difference.