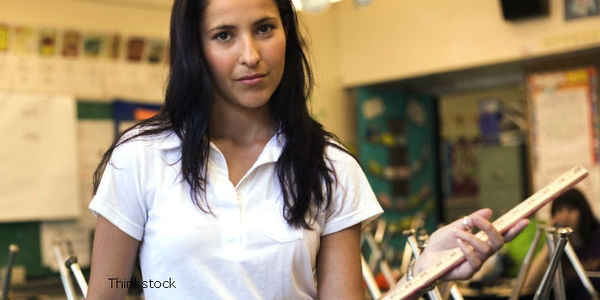 Currently 19 U.S. states, mostly southern ones, still allow corporal punishment in schools. But a report by Truthout says this outdated disciplinary practice is counter-productive and harmful to children.

The physical harm is evidenced by statistics that say ten to twenty thousand children who receive corporal punishment seek medical help afterward, based on testimony by Donald E. Greydanus, MD. He explains that corporal punishment’s intent is to change behavior by causing “physical pain," which only serves to promote more violence in society. Even worse, the system targets students of color, mirroring the “deadly attacks against Black bodies made by police officers in our communities.” adds Truthout.

This system of violence continues despite "all evidence" supporting “the idea that physical assaults against young people increase violence, decrease learning and disrupt school life." Most important is that this violent approach is not necessary. There is another way. Through her organization, Restorative Justice for Oakland Youth, civil rights attorney and community activist Fania Davis gives teachers tools to help them create and maintain violence-free classrooms.

Sign this petition to demand all states allowing corporal punishment, especially those in the South with more than 1000 students physically punished a year, pass legislation banning this practice - so that kids can have a safe place to learn and grow free from threats and attacks of physical and emotional violence.

To the U.S States that still allow corporal punishment:

According to Truthout’s report on this backward and harmful practice, “Experts believe that there are between 2 and 3 million cases of corporal punishment in US schools each year.“ The victims of thie violent form of discipline are “often young Black boys who attend rural schools,” which only adds to the violent lives many of these children grow up in in their communities.

As noted in Dr. Greydanus’ testimony, not only is this form of discipline emotionally damaging and intimidating even to those who are not direct victims of the punishment, but 10,000 or more who receive corporal punishment seek medical attention from the beatings inflicted upon them.

Finally this state-supported violence ends up destroying any positive effect of the classroom experience by creating an environment that is not at all conducive to learning.

Greydanus insists that teachers and principals can learn ways to deal with misbehavior without resorting to violence, and we agree.

Therefore we, the undersigned, demand that the states that still allow this degrading, barbaric, ineffective and damaging practice STOP now and adopt the restorative alternative methods that Fania Davis and others promote.

We thank your for your immediate response to this very serious and important issue.