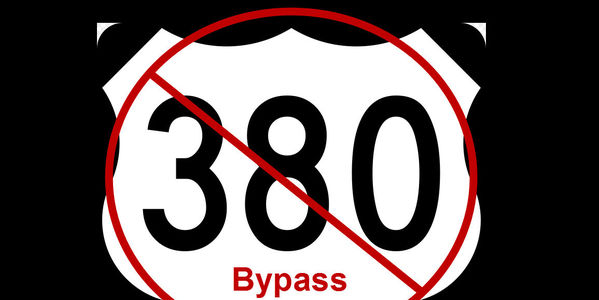 NO TO 380 BYPASS; YES TO 380 IMPROVEMENTS & EXPEDITING OF OUTER LOOP CONSTRUCTION

This action is important because many people will lose their homes, and be displaced, while thousands of others will also be affected in adverse ways (see petition letter). In this petition we do not advocate widening of 380, but rather expansion of 380, which includes lane corrections, flyovers and tunnels. We also are for the expediting of the Collin County Outer Loop. See below.

We, the undersigned, McKinney/ETJ residents, taxpayers and voters, are overwhelmingly opposed to the construction of any proposed 380 Bypass options due to the negative impact of hundreds of families, homes, neighborhoods, and communities.  We implore the City of McKinney to vigorously pursue the construction of the long planned Collin County Outer Loop and improvements to, if not expansion of, US 380.

The three proposed 380 Bypass options presented on February 9, 2017, by City Planners for existing Wilmeth, Bloomdale/CR 123 and CR 1461/Laud Howell Parkway do not represent "One Community, One Vision."  The options certainly are not the "vision" of the hundreds who will lose their homes and land, suffer financial hardships, and displacements.  These are the residents of McKinney and Collin County whom you represent. We also believe the City of McKinney made a commitment to our communities, specifically to the neighborhoods that all Bypass options will affect, when they were shown as arterial roads on the 2004 plan.

Homes now located in safe, quiet neighborhoods would be subjected to busy through-traffic, as well as adversely affected by:

- Loss of quality of life

Completing the planned Outer Loop between I-35 and US 75 would create a much needed northern thoroughfare. The time to reach the planned Outer Loop from US 380 and I-35 would take minutes, contributing to lessened traffic congestion. A portion of the Outer Loop east of US 75 has already been completed, so we hope you'll collaborate with our neighboring cities to finish the work already planned.

In summary, we, the undersigned of Collin County / ETJ and McKinney, are opposed to all 380 Bypass options.  We request that the City of McKinney pursue alternate options to alleviate projected traffic in future years.  Keep McKinney "Unique by Nature" by not destroying homes and land that are part of the unique appeal to many moving here.

Care2
NO TO 380 BYPASS; YES TO 380 IMPROVEMENTS & EXPEDITING OF OUTER LOOP CONSTRUCTION
SHARETWEET