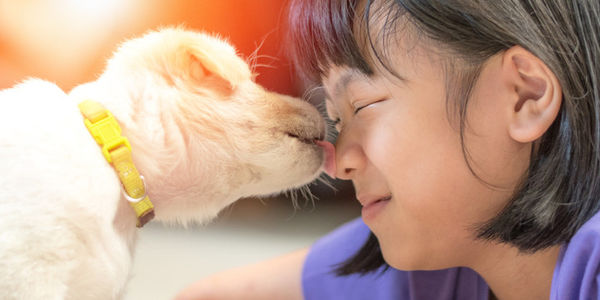 They were told to hand over their pets to become meat, or face chilling consequences

Families in North Korea are facing one of the most horrific orders: the brutal dictator of their country, Kim Jong-un, has just mandated that all North Koreans must surrender their beloved pet dogs to the state government. So that their fur babies can be butchered for food.

And if they don't? History shows clearly that you don't want to be on the wrong side of Kim and his family.

The reason this is happening is that people in the country are facing starvation due to floods and rains that have damaged agricultural output. On top of that, the country's already tenuous economy has been plummeting, threatening an even worse future for the people. According to the United Nations, nearly 60% of people in North Korea are at risk of "widespread food shortages and malnutrition."

But the frightening state of the economy is squarely Kim Jong-un's fault, the result of years of oppressive and chilling policies. And now that his people are going hungry, who does he want to pay the price? People's pet companions.

Kim Jong-un is trying to spin this order as a moral fight against "bourgeois ideology." According to his logic, families who adopt dogs as pets are succumbing to the ideals of the elitist upper-class, who lounge around enjoying the luxury of cute, furry companions at their side.

Don't let this hermit of a leader scapegoat beloved family pets and murder helpless animals to become someone's dinner! The United Nations and several international charities are already involved, trying to provide aid and assistance to the people of North Korea. There is another way to put food on the table, besides ripping a pet away from their heartbroken, sobbing owner.

If enough of us speak out together, we can put effective international pressure on Kim Jong-un to change this policy. But we can't do it without your help! If you want to save the fur babies of North Korea, sign the petition now.

Demand that Kim Jong-un find another way to feed his people, and to stop forcing them to part with their treasured companion animals!
Sign Petition
SHAREShare With FriendsTWEETEMAILEMBED
Sign Petition
See more petitions:
You have JavaScript disabled. Without it, our site might not function properly.

Care2
They were told to hand over their pets to become meat, or face chilling consequences
SHARETWEET