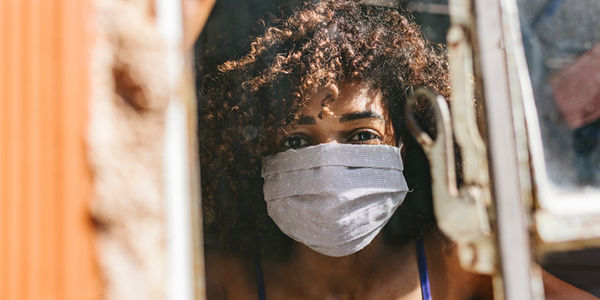 The COVID-19 pandemic has already been terrible. More than 670,000 people have died around the world, and countless more have become jobless, all while mental health is spiraling downward. Yet, on top of all of this, some in Glasgow, Scotland are adding to the problem by making things far worse for — of all people — humanitarian refugees.

Sign the petition to tell Glasgow that the world is watching, and we demand they do right by refugees!

Asylum seekers are those people who are running from the worst of the worst situations. Domestic violence, sexual assault, deadly homophobia, gangs, and wars. By the time they reach the borders of a safe haven country, they have survived unimaginable suffering, including the uncertain and traumatic journeys they must make while fleeing. Ideally, then, by the time they reach a "safe" place to ask for asylum, they should be received with compassion, support, love, and somber respect for all they have been through.

But not so in Glasgow. Instead, in this seemingly idyllic Scottish city, refugees are being shoved together into unclean, dilapidated hostels; provided with practically inedible food; and even prevented from talking to the press.

As a result, the coronavirus pandemic is rapidly spreading through the community, and some are also becoming malnourished from inadequate care.

On top of that, before packing refugees into these shared spaces, they were forced out of their previous homes in the area. Asylum seekers say they were barely given notice before they were suddenly evicted — in some cases, with less than 20 minutes to pack their bags.

Why are conditions so bad? Because the local government has farmed out refugee services to a for-profit corporation called the Mears Group. And, as always, all it cares about is the bottom line; human rights and basic dignity be damned. Hence filling dirty hostels with as many bodies as they can cram in; hence the meals that are not fit to eat. As long as it gets its money, the Mears Group doesn't care that people deserve better, or that many will now contract COVID.

Several charities have rushed in to fill the gap left by the government, and they say that refugees they're speaking with are terrified. They're scared of contracting the deadly coronavirus and scared of being deported and sent back to even worse conditions in their countries of origin where they could face death or serious abuses. They're also scared of speaking out. Clearly, the government doesn't really care about their safety and well-being. So they worry that, if they're caught sharing the reality of how they're treated, the government could retaliate against them.

Robin Qureshi, the director of the organization Positive Action in Housing (PAIH), describes the situation in bleak terms. According to her, asylum seekers "are terrified of speaking out as they have been threatened. They are terrified of being returned to dangerous countries, subjected to an abuse of their most basic human rights, warehoused for profit in cheap hostels" and fed food "not fit for human consumption."

After everything else these individuals have managed to survive, why subject them to this cruelty? It is horrible and inhumane. We must stand together against this indignity now! Sign the petition to demand that Glasgow end its policy of for-profit refugee services! Remind them of their responsibility to provide true humanitarian sanctuary to asylum seekers!
Sign Petition
SHAREShare this petition with friends!TWEETEMAILEMBED
Sign Petition
See more petitions:
You have JavaScript disabled. Without it, our site might not function properly.