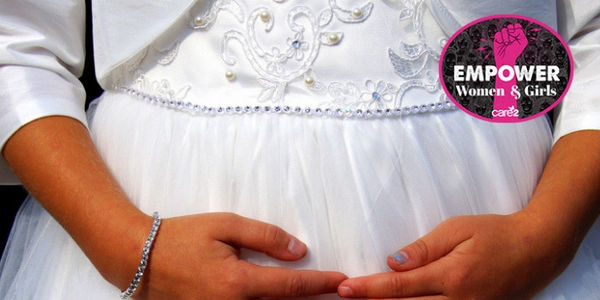 Child Marriage Is Legal In 47 States — Ban It Now!

Child marriages never end well: they rob the younger person (most often a girl) of their childhood and their ability to give meaningful consent, and often end in more severe abuse. That's why it's so heartbreaking that in 47 states, children can be married legally. Some of these states do not even have a minimum age requirement.

Delaware, New Jersey, and Pennsylvania are the only states the outlaw child marriage. Will you sign on to ask the remaining states to pass legislation outlawing the marriage of anyone under the age of 18, no exceptions?

Because at least one person in the marriage is a child, there are usually adults or communities (often religious) around the couple forcing the marriage to take place. Anyone under 18 is not developmentally suited to make such a large legal decision, which is one reason most child marriages end so horribly.

Sometimes a marriage is arranged to cover up when someone had raped a child and perhaps impregnated her. Other times, the marriages are arranged by communities, which can be culturally appropriate, but not for a child who cannot give meaningful consent and is usually coerced into the union. Very few child marriages are actually among children. Most often the set up is a young girl and a older man. In fact, there is a newly exposed trend of forced child marriage as a tool for immigration.

Some states have minor restrictions on child marriage, like a minimun age or parental consent. The problem is that often the parents are the ones coercing the arrangement. Other states are a little better and only allow 16- and 17-year-olds to get married and also require parental consent. But they are still children and should not be allowed to marry at all. They can't sign a lease, rent a car or drink alcohol, but they can legally tie their life to someone? It doesn't make any sense.

Even worse, child marriage is strongly linked with huge risk factors. Girls who are married before 18 are significantly more likely to drop out of school, live in poverty and suffer domestic violence. There are no two ways about it: we should not be letting children get married.

Please sign on to call on every single state to pass legislation completely outlawing marriage for anyone under 18.
Sign Petition
SHAREShare With FriendsTWEETEMAILEMBED
Sign Petition
See more petitions:
You have JavaScript disabled. Without it, our site might not function properly.