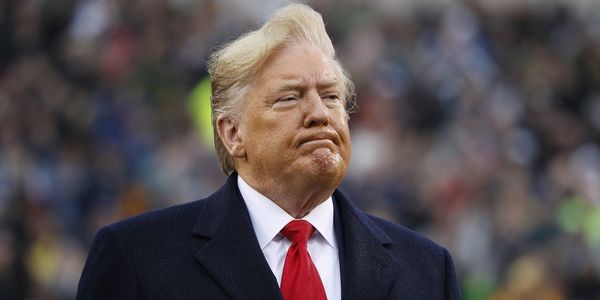 Incredibly, it calls for unprecedented cuts to popular programs like the Affordable Care Act, Social Security, and Medicare while also ballooning the federal debt by an additional $3.4 trillion by 2024. Picking apart the cruelest elements of the budget is a head-spinning affair, but here are just a few lowlights:

Never mind the fact that Trump repeatedly reassured voters in 2016 that he would not touch entitlement spending, or that he would "once and for all" tackle the plague of federal debt and balance the country's checkbook. The simple truth is quite clearly the opposite, and as it turns out, conveniently caught on tape. During a private dinner for wealthy donors in January at Mar-a-Lago, Trump, when pressed about his spending priorities and the explosion of new debt under his watch, blithely responded, "Who the hell cares about the budget?"

Uh, here's a quick guess – the tens of millions of regular Americans who rely on critical programs for urgent healthcare, life-saving prescription drugs, and basic essentials like food and housing assistance?

Predictably, the budget also includes other GOP dog-whistling favorites like extending insane tax cuts for the wealthy and never-ending increases in defense spending, as well as deep cuts for the E.P.A., the State Department, the Commerce Department, education, housing, and basically any other federal agency that might provide benefits or assistance to ordinary Americans.

In short, the White House's 2021 budget proposal is a faux-conservative, debt-exploding, class-warfare fever dream masquerading as some sort of antidote to systemic waste and fraud. Nothing could be further from the truth. Tell Congress to reject Trump's absurd, draconian budget without delay.