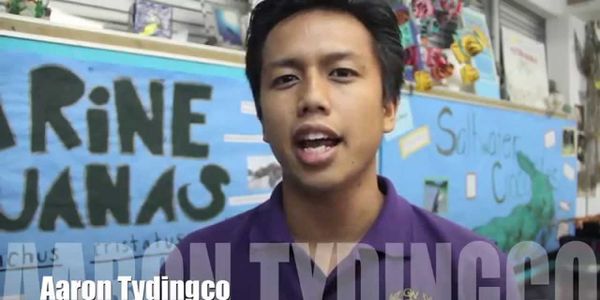 Tell NOAA to stop undermining shark protections in the Pacific!

We need your help!  Three years ago we rallied to protect sharks in our local waters and now those protections are being threatened by federal bureaucracy.

Sharks are essential for maintaining balance in the entire marine ecosystem, but these critical species are being driven to the brink of annihilation.  About 100 million sharks are killed each year and more than half of all species of sharks and rays are threatened or near threatened with extinction.  The global demand for shark fins is fueling their demise.

To stem the decline of sharks, Guam, Hawaii, and the Northern Mariana Islands banned the trade in shark fins and prohibited the catch and possession of sharks in our waters.  This effort was championed by students who rallied the global community to show their support.

Now we need your help again!

A proposed rule by the National Oceanic and Atmospheric Administration (NOAA) could weaken our shark protection laws.  NOAA claims that the laws banning the trade of shark fins conflict with federal fishing rules.

To make matters worse, NOAA is proposing a shark cull in the Marianas to “reduce shark biomass.”  There is no scientifically justifiable reason for culling sharks here and in fact, every stock assessment completed in the western and central Pacific Ocean to date has shown drastic declines.

Send a message to Dr. Kathryn Sullivan, NOAA Administrator and Under Secretary of Commerce for Oceans and Atmosphere, Eileen Sobeck, NOAA Assistant Administrator for Fisheries, and President Barack Obama and urge them to respect our existing, broadly-supported laws.  Our people want a shark sanctuary, not a shark fishery.

I am dismayed to learn that the National Oceanic and Atmospheric Administration (NOAA) is attempting to undo protections for sharks in the Pacific, including in Guam, Hawaii, and the Northern Mariana Islands.

These bipartisan, broadly-supported protections were implemented after considerable public feedback in our respective islands.  The laws reflect the unique concerns and needs of each respective state or territory and our citizens.

Furthermore, I also urge you to cease any efforts to allow a shark cull in Mariana Islands to “reduce shark biomass” or for any other reason.  There is no scientifically justifiable reason for culling these species, which teeters on the brink of extinction.  The recently-passed shark protections in our state and territories demonstrate the broad public support for the recovery of shark species.

Our people want a shark sanctuary, not a shark fishery.