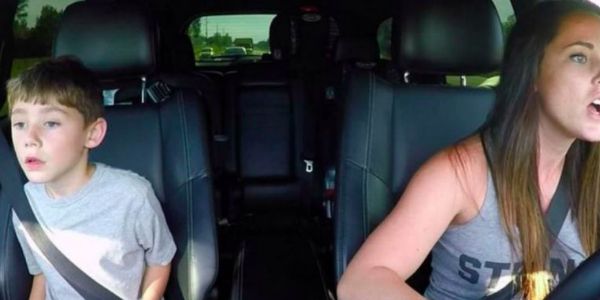 Ever since Jenelle Evans first appeared on MTV's 16 and Pregnant, the reality star has had her share of trouble. With a long history of arrests, domestic violence, and drug and alcohol abuse, it's clear the young mom and her kids need help more than a reality TV show.

In a recent episode of Teen Mom 2, Jenelle gets into a road rage incident with another driver after he cuts her off. She follows the driver off the highway to his house where she backs her car into his mailbox. The man then backs into her car, at which point she pulls a gun on him. All with her 8-year-old son Jace sitting in the passenger seat.

MTV should be ashamed. Child endangerment is not entertainment. MTV needs to drop Jenelle Evans now in order to protect Jace from further trauma.

The Teen Mom franchise is already exploitive of its participants, but sitting back as a young mother spirals out and endangers her child and then selling it as entertainment is despicable. As many critics have noted, Jace probably shouldn't have been sitting in the passenger seat in the first place due to his age. Then on top of that, letting Jenelle recklessly follow another driver, use her vehicle as a weapon, and pull out a firearm with Jace at her side, all while cameras were rolling, was irresponsible and downright disturbing.

There's no guarantee Jenelle will change her ways after Teen Mom 2 finishes airing, but it's clear that the reality show isn't helping her, her children, or viewers. Child-rearing is a fundamental part of the development process, not something that should be cast aside in favor of sensational television.

Jenelle has said she would leave the show but that she's locked into a contract. MTV, do the right thing for her kids, and drop her from Teen Mom 2 now.
Sign Petition
SHAREShare this petition with friends!TWEETEMAILEMBED
Sign Petition
See more petitions:
You have JavaScript disabled. Without it, our site might not function properly.