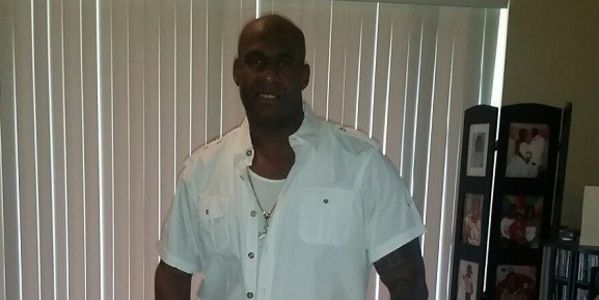 Ken Purdy was a juvenile when he was sentenced in the State of Florida. On December 21, 2015, he was released after 20 years in prison. Three days later, before Christmas, the Florida Department of Corrections re-arrested Ken Purdy, claiming clerical error and miscalculation of his sentence. He remains illegally incarcerated.

Ken Purdy is 37 years old. He was convicted of a crime when he was a juvenile. In 1995, Ken Purdy was sentenced to life in prison.  After years of fighting for his release, Ken Purdy was released from prison two days before Christmas on December 23, 2015.

Knneth Purdy walked out of custody Monday after serving more than 20 years in prison for a homicide he was involved with at age 17.

When the now 38-year-old Purdy left the Orange County Jail, he was greeted with applause and embraces from family members, who eagerly videotaped the momentous occasion.

A circuit judge last week resentenced him to time served for the murder charge, triggering his release.

But by Wednesday afternoon, Purdy was back behind bars after the Florida Department of Corrections said it had released him in error. His attorney believes Purdy has won the right to be a free man but the DOC and the Orange-Osceola State Attorney's maintain his sentence is not complete.

After 20 years of fighting his conviction and sentence, and numerous appeals and post convictions motions, on December 18, 2015, the Honorable Mark Blechman found that Mr. Purdy was rehabilitated and ordered him to a 29 year sentence. Mr. Purdy accumulated so much gain time over the years he spent in prison, that the department of corrections released Mr. Purdy on December 21, 2015 after serving over 20 years in prison and giving him Gain Time at 65%. The gain time translated into Mr. Purdy’s freedom. When the State Attorneys’ Office of Jeff Ashton learned about Mr. Purdy’s release, they contacted the Florida Department of Corrections and demanded that Mr. Purdy be arrested and immediately detained. The State Attorneys’ Office convinced the Department of Corrections that it had made an error in calculating Mr. Purdy’s gain time. The Office of Jeff Ashton also convinced the Orange County Sheriff’s Office to apprehend Mr. Purdy days before Christmas. The State Attorney’s Office did had Mr. Purdy re-arrested without a warrant or violation of probation.

Mr. Purdy is represented by Brownstone Law, and Mr. Robert Sirianni, and Matt Mclain. They are representing him in his petition for release from prison.  Join us in petitioning the Attorney General of the State of Florida and the Governor to release this man from this unjustice.

FOLLOW NEW DEVELOPMENTS ON THE CASE here at Ken Purdy.