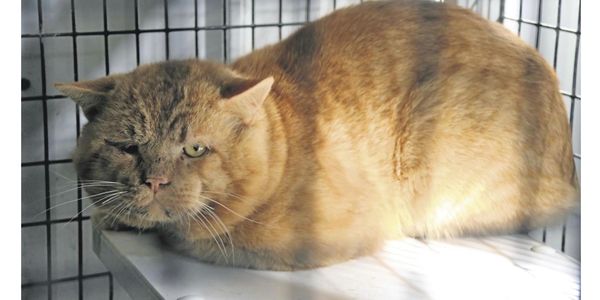 At the Burke County Shelter in NC, animals are being murdered unnecessarily in record numbers.  In 2018 alone, they killed 1595 cats out of the 1843 they received! Only 234 were allowed to be adopted and only 14 returned to their owners. Of the 1444  dogs received, 664 were euthanized, 547 adopted out and 231 returned.
The ASPCA says that 41% of cats are euthanized across the US compared to Burke County's shelter's 89%. Officials state that 80% of animals brought into the shelters are adoptable.

At Burke County shelter, owner surrender animals are euthanized immediately. Kittens and puppies under 8 weeks of age have been also euthanized immediately. Two of the deputies overseeing the shelter have refused to allow assistance from outside organizations or citizens. Animals showing any fear are deemed un-adoptable by these parties who are unqualified to judge the adoptability of an animal; they are then killed.
The horrifying fact is that euthanized animals are being sold to a biological supply facility that is back ordered on cat bodies until Oct. and dogs until July.
There has been no Facebook page, website or any effort, whatsoever, to encourage the public to adopt the animals. The animals are housed in cold steel cages without bedding, toys or exercise. The shelter allows only a very small number of animals to be photographed by the rescue groups to help in the adoption process. The majority of animals taken in are not allowed to be photographed. Their excuse has been that a prisoner who works at the shelter cannot be photographed. The law however, states that ALL animals must be photographed upon intake.

The two deputies in charge have been particularly cruel by killing animals already designated for adoption or foster, just hours before the rescuers could receive them. Several cases of this have been reported. In one case a 14-year-old cat reported to be a sweet and very docile animal, is believed to have been taken into a back room and provoked until she "attacked" one of the deputies on video so that he could prove her un-adoptable. He then euthanized her, just before her adopters came for her. Another case reported was that of a dog hit by a car and taken to the vet by a couple who found him. He was turned into Burke County shelter because he needed expensive surgery they could not afford. After collecting the funds, the couple returned to be told he had to stay for 5 days to look for his owner. During this waiting time, the dog laid in pain for days, suffering, with no treatment or pain medicine. When the sheriff finally conceded to let the couple foster him, they went to pick him up the following day, only to be told he had died of his injuries.

The good news is that the mayor, the county manager and the council members have recently decided to turn the responsibility of the shelter over to the county manager; the plan is to implement wonderful new changes, with the intent on making Burke County Animal Shelter one of the most progressive no-kill shelters in Western NC. The troubling fact exists though that this will take months, if not longer and meanwhile innocent, adoptable animals are still being killed daily by the sheriff and deputies in the same horrific manner as they have employed all along. Still they refuse to allow shelters and rescue groups to adopt any animal they deem adoptable or take photos of all of the animals so that they may be posted.

There is no reason whatsoever for this to continue any longer and we are demanding that the sheriff, mayor, county manager and the Council members allow all rescue groups and shelters to be allowed access to all animals taken into the shelter, at any time, for the following: to decide their adoptability, to pull the animals of their choosing to rescue, to take photos and videos of any animal in order to post for adoption or so that their owners may be able to claim them. These pulled animals would then become the property and responsibility of said rescues and shelters in that they will provide spay/neuter services, appropriate shots and medical care from that point forward.

Starting immediately and until such time as all proper systems are in place for a well run, no-kill shelter in Burke County, control of the animals MUST be turned over for care to appropriate organizations and volunteers who have an understanding and knowledge of animals. We are demanding that the sheriff and deputies immediately step aside in any dealings with the operation of the shelter and merely act to pick up stray animals and enforce animal welfare laws with the citizens.  We demand that the sheriff's office turn the shelter over to qualified organizations and volunteers, until such time as this shelter becomes a no-kill facility and the proposed changes are implemented.
Sign Petition
SHAREShare this petition with friends!TWEETEMAILEMBED
Sign Petition
See more petitions:
You have JavaScript disabled. Without it, our site might not function properly.