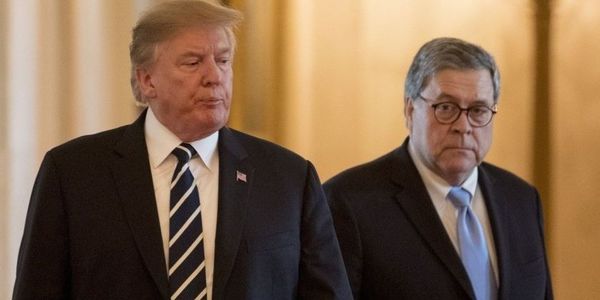 "So send [your mail-in ballot] in early and then go and vote."

Those are the words of the President of the United States telling his supporters to commit felony voter fraud. If that sounds ridiculous, it's because it is. But it get's worse.

During an interview with Attorney General Barr, CNN's Wolf Blitzer brought up Trump's comments and made the point, "you can't vote twice."

Barr — the top law enforcement official in the country — feigned ignorance, saying twice, "I don't know what the law in the particular state says."

Demand law enforcement officials at every level take action and call out this deliberate attempt to undermine and cheat in the 2020 election!

Barr could possibly be forgiven for not being an expert in each state's election laws. Except that voting twice violates federal law — the very laws for which he is in charge of enforcing.

There is simply no excuse for this deliberate and flagrant assault on American democracy by those charged with protecting it. If Trump and Barr wont' defend the constitution, our laws, and democracy, others must step up.

Add your name to demand that law enforcement officials at the city, state, and federal level take action and speak out against Trump and Barr's dangerously corrupt claim!