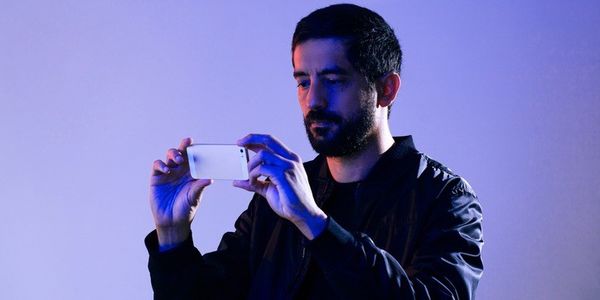 When out and about in public spaces in the U.S., you might assume that you obviously have the right to take photos and videos. And for the most part, you'd be right.

Unless the individuals who appear in your video are police officers... even if they're committing criminal offenses that ought to be documented. Then, depending on the state you're in, you could be the one prosecuted.

That's not true in every U.S. state, and the system consists of a confusing mess of different laws, changing jurisdiction-by-jurisdiction. But just recently, in early November 2021, the Supreme Court of the United States justices made it clear that they have no interest in protecting the First Amendment right to record police officers' behavior.

Sign the petition to demand that Congress correct this wrong by passing a nationwide law protecting the public's right to document interactions with the police!

By unanimously turning away a case that would have tackled this issue, justices sitting on the Supreme Court demonstrated that enshrining civilians' rights is not a priority to them. As many journalists have noted, this produces a "chilling effect" on freedom of the press -- and can put many peoples' lives in danger. Filmed evidence is a key way to ensure transparency and accountability -- both of which are vitally important when interacting with the police.

If officers are truly following and enforcing the law and doing everything "right," then what are they so scared of? Why don't they want us to be able to provide proof of what they did or didn't do? A law-abiding cop theoretically should have nothing to fear. Right?

In the absence of legal safeguards for civilians recording video and photo evidence, police can -- and have -- easily turn on the public, threatening them with retaliation for simply lifting up their cell phone.

For example, in August 2014, bystander Levi Frasier watched, horrified, as a police officer punched a man in the face again and again and again in Denver, Colorado. Knowing there wasn't much he could do right there in the moment, but wanting to help in some way, Frasier hoisted his tablet and began filming the brutal beating.

As soon as the violence was over, five officers surrounded Frasier in a circle, demanding to see the video, suggesting they would arrest him if he did not comply. Without ever procuring a warrant -- and therefore also in violation of Fourth Amendment rights -- an officer reached out and quickly grabbed Frasier's tablet from him.

Afterwards, Frasier sued the officers involved in this harassment, but federal courts were conflicted about whether or not the First Amendment covers the right to record police... at all. And now, the Supreme Court simply doesn't want to get involved. Without such rights, that puts potentially abusive law "enforcement" officers at a significant advantage -- because there would be no way to contradict whatever narrative they fabricate.

Luckily, defending the public doesn't have to end here. The U.S. Congress can pass federal legislation codifying civilians' license to document footage of on-duty police officers. These are supposed to be our law enforcement, serving us -- the public. If they're too scared to be filmed doing whatever it is they do at work, then they shouldn't be there at all.
Sign Petition
SHAREShare this petition with friends!TWEETEMAILEMBED
Sign Petition
See more petitions:
You have JavaScript disabled. Without it, our site might not function properly.