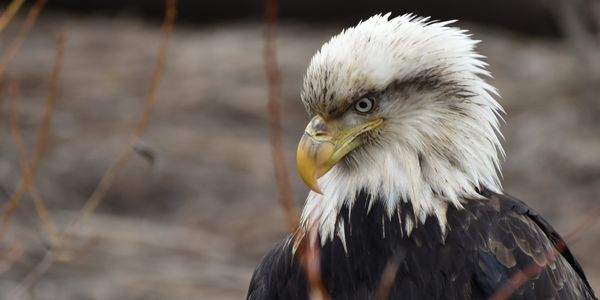 Every year, animal welfare advocates in Canada come across the same tragic sight – beautiful, iconic birds of prey like eagles so emaciated and weak that they are unable to fly or hunt. Lead poisoning is leaving local raptor populations so sick that they rarely are able to recover, killing them and in turn disrupting entire ecosystems. Where is this lead coming from? Hunters' bullets, left behind in decaying carcasses of deer and other innocent wildlife.

Sign now to demand Canada make it illegal to hunt with lead ammunition, and ban anyone who uses lead ammo from ever obtaining a hunting license again!

Apparently, every year a number of Canadian hunters think it's okay to leave the bodies of animals they've slaughtered with lead bullets behind, showing that they care more about the killing than sustainability or respect for nature. Luckily, scavengers like eagles are naturally quick to clean up after them, as it is their natural role in any ecosystem. But if the dead animal was shot with lead ammunition, that lead lingers. Lead poisoning can make it difficult for raptors to digest food, meaning that many birds of prey are actually starving to death, even while they have access to a healthy habitat and prey. The problem is so clearly linked to lead that these types of symptoms in raptors usually spike between November and February – right after hunting season. It is tragic to imagine otherwise healthy, stable eagles dying because of hunters' selfish decision to use lead bullets and leave them behind.

Conservationists have known about the risks of lead on bird species for decades. In fact, lead poisoning played a key role in the extinction of the California Condor, which was luckily reintroduced to the wild and saved from extinction by teams of researchers. Beyond that, having lead laying about in local ecosystems is an environmental nightmare for water and soil health – this sort of carelessness can affect all living things, animals and people alike.

Sign the petition now to tell the Ministry of Forests, Lands and Natural Resources Operations' Fish and Wildlife Branch to act now, and regulate hunting practices to actually protect animals and ecosystems!
Sign Petition
SHAREShare With FriendsTWEETEMAILEMBED
Sign Petition
See more petitions:
You have JavaScript disabled. Without it, our site might not function properly.