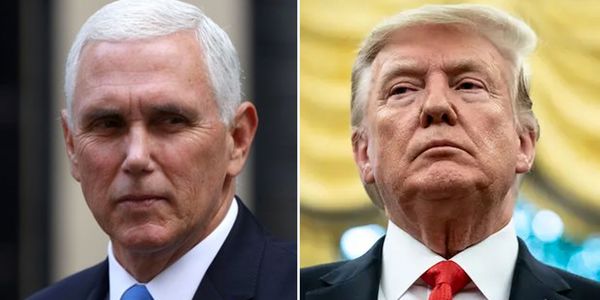 By now, we know the broad strokes. While withholding hundreds of millions in aid to Ukraine, President Trump pressured new Ukrainian Volodymyr Zelensky to launch a baseless investigation into a political rival, former Vice President Joe Biden. The attempt at forcing another country to interfere in the 2020 election is a conspiracy so severe as to redefine presidential abuse of power.

But it doesn't stop there.

On September 1, Vice President Pence flew to Poland in place of Trump and met with Zelensky. The meeting occurred after Trump's phone call pushing for an investigation of Biden but before the U.S. had released the congressionally appropriated aid.

In a press conference following the meeting, Pence acknowledged:

"[W]e… the upcoming decision the President will make on the latest tranche of financial support in great detail…. as President Trump had me make clear, we have great concerns about issues of corruption…. also told him that I would carry back to President Trump the progress that he and his administration in Ukraine are making on dealing with corruption in their country."

While these statements may have seemed innocuous at the time, Trump has now acknowledged that when spoke of "corruption in Ukraine" he was referring to his efforts to coerce an investigation into Biden. In that light, Pence's statement reads like the confession of a bag man.

For that reason, as the House investigates corruption and abuse of power by President Trump, we the undersigned urge them to also investigate corrupt dealings by Vice President Mike Pence.

In the United States, no one should be above the law. Not the president and not the vice president either.