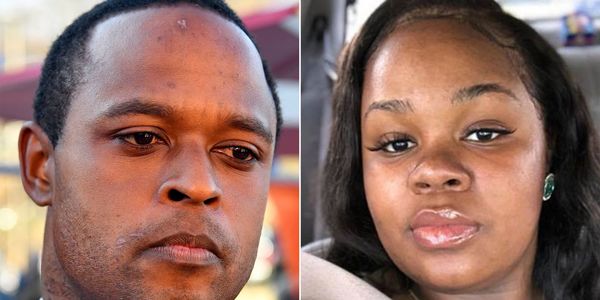 Kentucky Attorney General Daniel Cameron kicked the can to a grand jury, told us next to nothing about the case he presented them, and no charges will be filed in the killing of Breonna Taylor. In an insult to her memory, the only charges are wanton endangerment against Brett Hankison, the dirty cop who fired blindly from outside the apartment into two different units — for endangering the lives of others. NOT for killing Breonna Taylor.

For six months, we've demanded justice for Breonna, an innocent woman shot five times in her own home by police who used a battering ram to break down her door in the middle of the night, and who was given no medical attention during her final minutes of life despite an ambulance on the scene.

The level of disgrace and inhumanity in her death cannot be understated. But Cameron is a GOP darling, a protege of Mitch McConnell, and he has chosen his personal career over Black lives everywhere. He had the opportunity to bring charges and declined. He presented the case to the grand jury, and he refused to say what he asked of them. This is unacceptable.

Add your name to call for the resignation of Kentucky Attorney General Daniel Cameron. Breonna Taylor was murdered by law enforcement, and Cameron is not fit to carry out his position as the "People's Lawyer" of Kentucky.

Officers Jonathan Mattingly, Brett Hankison, and Myles Cosgrove — and indeed, the entire police system that gave so little value to her life — deserve repercussions for their actions leading to the death of Breonna Taylor.

Cameron's outrageous delay in investigating her death is now outshone by his decision to protect both the individuals and institutions that freely oppress, brutalize, and destroy Black communities without fear of retribution.