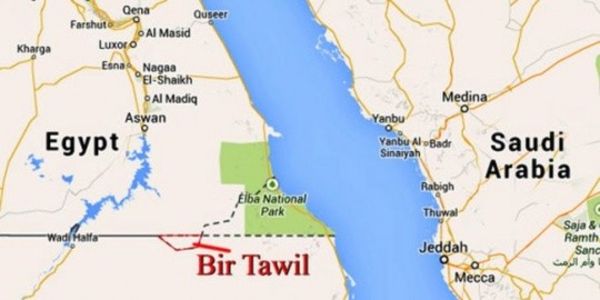 SAY NO TO DISNEYFICATION OF COLONIZATION! Tell Disney Not to Make "Princess of North Sudan"!

Let's speak out against land theft, neo-colonization, whitewashing and racial stereotypes! Please sign the petition to ask Disney NOT to go through with the production of Princess of North Sudan!

Disney has announced it will produce a film called "Princess of North Sudan" -- and the film is a highly problematic depiction of colonization. It all started in June 2014 when the daughter of Caucasian American farmer Jeremiah Heaton told her father she wanted to be a princess. Heaton responded by making a homemade flag, traveling to Egypt, crossing a desert, and claiming ownership of a contested area of land called Bir Tawil on the border of Egypt and Sudan. He called the land the Kingdom of Northern Sudan, and declared himself king and his daughter the princess.

Now, Disney has announced they will make an actual film based on this story -- despite the fact it glorifies colonialism and is culturally insensitive.

Please sign the petition to ask Disney NOT to go through with the production of Princess of North Sudan!

Heaton says the land is unwanted, undeveloped, empty territory and disregards centuries of dispute and the wishes of the indigenous people who live there. He has no ethical, moral or legal concerns, or even just a practical doubt, that he can take this land for his own. He is even crowdfunding his colonization project and reports that his next step in this plan is to physically occupy the land.

Sound familiar? This is not the first time a European man has disregarded the existence of local indigenous people, local governance structures to claim ownership of land in Africa and no African sovereignty can stop him! It is highly problematic that Disney is endorsing and promoting this story.

Heaton says his daughter learned about starving Africans in school and her &ldquo;concern&rdquo; inspires him to use the funds for local &ldquo;projects&rdquo; to help them. He justifies his colonization as something &ldquo;good&rdquo; because he&rsquo;ll help the poor, backwards Africans who need his guidance.

But the real story is that Heaton has a focus on mining rights and the story of making his daughter a princess is a feel-good cover for him to seize control of natural resources he thinks are buried underground in Bir Tawil. This Disneyfied version being sold to the public is to drum up money so he can get control of the land. Heaton thinks he can circumvent the Sudanese and Egyptian governments, gain support from a public that believes it is okay for him to take land in Africa because Africans aren&rsquo;t using it and don&rsquo;t know how to use it, make his daughter an African princess just by seizing land - because not only do Africans have no governments, no sovereign rights, they also have no actual Kings or Princesses.

This is the story that Stephany Folsom, Morgan Spurlock and Disney want to promote in 2015.

Please sign the petition to ask Disney NOT to go through with the production of Princess of North Sudan!

This film also illistrated whitewashing, which is the practice of casting only Euro-centric actors and actresses in roles that are historically or orginally meant to be characters of color. It is all too common in Hollywood and the Disney world.

Films like Exodus, Cleopatra, Hieroglyph, and many others have demonstrated this problem. They take African historical and cultural realities and paint them over to center Caucasian faces, moving Africans to the background in their own history, culture and land. The faces of African history and culture are erased, and another generation of children continue to be taught that nothing existed in these lands without Caucasian faces as rulers - reinforcing the same racial supremacist narratives that contribute so much to the racial problems America is faceing, and throughout the world, today.

We are sick and tired of Disney and Hollywood trying to rewrite the true history of Sudan and Africa.

Why is Disney promoting a Caucasian American child as a Princess of North Sudan? Why is Disney in 2015 making a story about an African Princess with the same racial supremacist theme as Tarzan &ldquo;King of the Jungle&rdquo; - with Africans as backdrops.

You can also check out the hashtage #PrincessOfNorthSudan, where Sudanese and other African are protesting the film.

We the undersigned humbly ask Disney to NOT go forward with the making of the film Princess of North Sudan, due to the inherent complications with whitewashing, colonization, and cultural insensitivity.

Care2
SAY NO TO DISNEYFICATION OF COLONIZATION! Tell Disney Not to Make "Princess of North Sudan"!
SHARETWEET