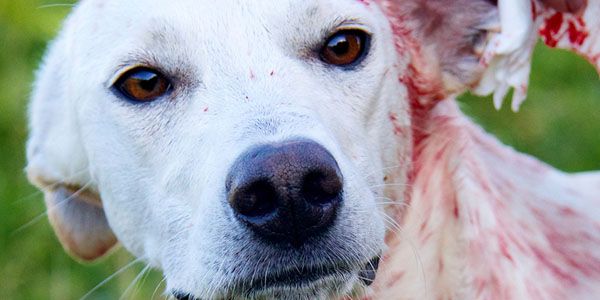 Virtually on a weekly basis, there is a story in the media about people commiting the disgusting and criminal act of Beastiality on chickens, goats, cows, cats, dogs, any animal, let alone cases that are not brought to the publics attention.

When the guilty person is brought to book, he simply gets a slap on the wrist, a meagre fine, no sentence, nothing.  Animal abuse and beastiality is rife in South Africa and there is simply no strict laws that prevents perpetrators from continuing these horrifying acts of abuse.

This is one of the many disgusting acts committed in South Africa:

"A Johannesburg security guard was arrested under charges related to the Animals Protection Act of 1962 after it was found that he had raped a chicken.

According to the NSPCA, bestiality is a criminal offence in South Africa

Unfortunately, the hen was so badly injured by the incident that it had to be euthanised to prevent further suffering.

According to the Barberton Times, the case was first lodged in November 2013 when the local SAPS sought the advice of the Barberton SPCA after discovering the injured chicken.

The security guard was fined R500 for his actions. He pleaded guilty, and now has a criminal record of the offence. "

I would appreciate if you could sign this petition, to bring justice to animals who have no voice in South Africa.  Demand that the South African Department of Justice implements stiff sentencing for Beastiality offenders and animal abusers