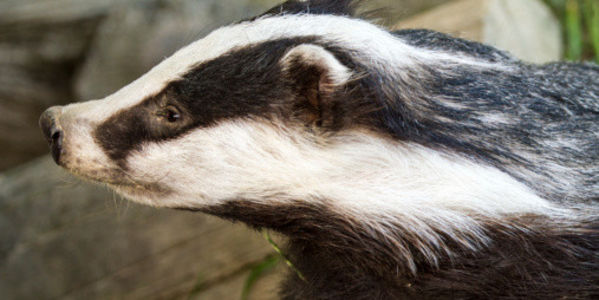 The second year of the UK government's planned four-year badger cull has started in Gloucestershire and Somerset.

"Potentially, almost 2,000 badgers could die – that's more than last year – and for what?" says Dominic Dyer, of the Badger Trust and Care for the Wild, in the Guardian (http://www.theguardian.com/environment/2014/sep/09/badger-cull-starts-somerset-gloucestershire-tb).

"These culls are ill-conceived and incompetently managed, and will contribute nothing to reducing bovine TB in cattle. Here we have a government and the National Farmers Union pushing ahead with a policy simply because they don't have the guts to admit that it is wrong, and a complete and utter disaster for the farming industry, taxpayer and the protection of our native wildlife."


An independent report states the UK government's badger cull is inhumane and is not effective. Environment Secretary Owen Paterson has dropped plans for nationwide badger culls but will continue the culls in Somerset and Gloucestershire through the summer or in early autumn.

The government undertook the badger cull to stop the spread of bovine tuberculosis. After six weeks, the pilot program has proven a dismal failure. Night-time shoots have led to the deaths of far fewer badgers than the government had estimated, as noted in the Guardian.

Even more, it is clear that a number of badgers were still alive five minutes after being shot and were therefore at risk of experiencing "marked pain," according to the report.

It is a relief to know that a nationwide badger cull has been called off. But the government must now put a stop to the badger cull everywhere and implement stricter testing and controls on cattle movements.

There is no logic to the badger cull. Even Parliament has voted against it. It will not stop bovine TB. It will only cause untold suffering to an iconic British animal. Please sign this petition and any other to prevent this cruel and senseless cull and to innoculate cattle against bovine TB. Thank you.