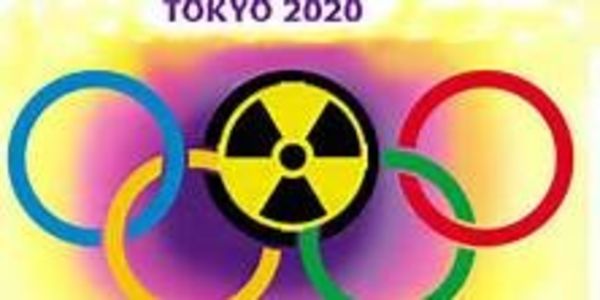 TOKYO IS RADIOACTIVE-MOVE THE 2020 OLYMPICS

According to recent reports- see below- the March 2011 catastrophic meltdown of 3 nuclear reactors in Fukushima Japan continues to contaminate a wide area, including Tokyo.   Athletes, their families and fans, need to be protected from radiation, which causes cancer, birth defects and abortions.

Sept 2016-  Former premier Junichiro Koizumi said that Japanese Prime Minister Shinzo Abe's promise that the crippled Fukushima nuclear plant was "under control" in his successful pitch three years ago for Tokyo to host the 2020 Olympic Games "was a lie".

July 2016- Arnie Gundersen, nuclear engineer, found that Tokyo remains contaminated. He measured dust… and found a high dose of radiation. That dust is in the air that will be inhaled by the visitors and athletes of the 2020 Olympics.

Mr. Gundersen noted: the decontaminated land is contaminated again.  The radiation from the mountains is coming back to the city by way of wind and rain,  from the extreme radioactive contamination of the mountains… vegetables grown in that area exceed the government’s standard by 1500 Bq.

February 2016- Dr. Mita, a Japanese physician says " Tokyo should be evacuated. Much Of Japan, Including Tokyo Is Radiation Contaminated After The Fukushima Mega Nuclear Disaster; Water, Sewage Sludge, Ground, Forests."

We the undersigned ask the International Olympic Committee to move the 2020 Summer Games now, while there is still time to find another venue.

Periodic releases of radioactive material into the air spread all over northern Japan, including Tokyo.

It's criminal to bring young athletes and their fans to Tokyo in 2020.   Please sign and disseminate
http://www.thepetitionsite.com/352/112/859/radioactive-tokyo-resign-as-host-of-2020-olympics/