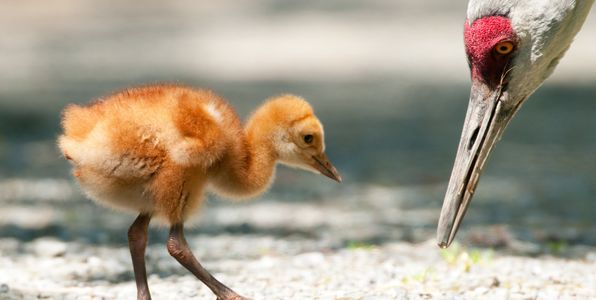 Our world is becoming increasingly inhospitable to wildlife -- pollution, human development and habitat destruction, as well as  hunting and trafficking have driven many animal populations to their breaking point. And although this phenomenon is picking up speed, it is not new -- for example, due to overhunting and wetland draining, the common crane fully disappeared from the United Kingdom back in the 17th century.

But our takeaway from the crane's demise shouldn't be that hope is futile. As of the beginning of 2021, the magnificent bird has made an astounding come back, with experts estimating that there are some 200 birds now thriving in the UK!

This is the result of diligent, unrelenting conservation efforts, and a statement from the chairman of the UK Crane Working Group sums it up best: "The return of cranes to the British landscape shows just how resilient nature can be when given the chance." Let's keep giving the crane that chance. Sign the petition and demand that the UK government pass sweeping wetland protections across the country!

It's easy to feel like environmental and wildlife conservation is a losing battle, since the way most countries' systems are structured means that these efforts only spring up once something is going wrong.

The crane, which can grow up to 4 feet tall and is known best for its showy mating dances, had a story that went just about as wrong as things can go. But thanks in large part to charities and nonprofits, these birds literally returned from the grave after new habitats were created, existing habitats were protected, and birds were aided in mating and rearing new babies.

Wetlands are vital to the cranes' survival, as their destruction proved -- less wetlands means no more cranes. But less wetlands also means other wildlife lose their homes, and our fight against climate change loses a main weapon, since wetlands store a great deal of the carbon that would otherwise be polluting our atmosphere. Obviously, protecting wetlands should be a priority. But humans have been draining these precious ecosystems so that they can build and develop with no regard for the animal and plant life there, or the vaster environmental implications.

85% of the breeding cranes in the UK are now found on protected reserves. We must take the story of the crane as a lesson -- conservation works. Tell the UK government to establish policies protecting the country's wetlands, for the good of cranes, other vulnerable wildlife, and Earth as a whole!