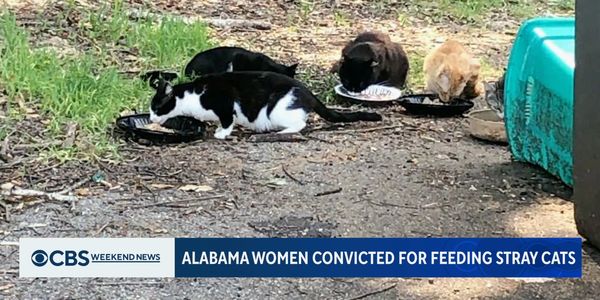 The bodycam footage is heartbreaking, in part because of the shock on the woman's face, but also because she rightfully identifies that she is doing her work on public property.

Luckily, these two women received suspended sentences, so they are unlikely to spend any time in jail. But they will still have to manage probation, suspended sentences, fines, and the horrible memories from that insulting interaction with local law enforcement. If the police are supposed to keep the Wetumpka community safe, why is their priority punishing two women for doing the selfless work of saving animals' lives?

You know your criminal justice system is broken when people are punished for helping innocent, unsheltered animals. The entire city leadership of Wetumpka must do something about this egregious police overstep: the mayor must publicly apologize, the city attorney must lift their probation, and the city council should establish a formal spay and neuter program for the city's feral cats. Sign the petition now if you agree!