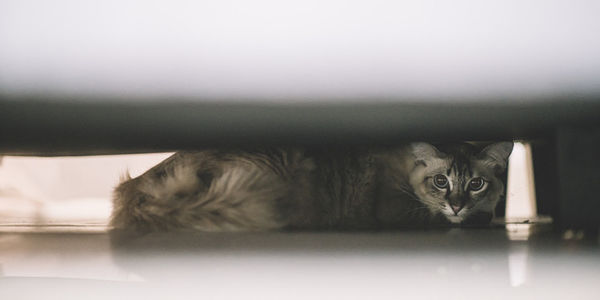 As we all know, usually police departments resist arresting one of their own unless they are forced to do the right thing. That's why it's such a huge deal that the Tampa Police Department recently arrested a Sheriff's Office deputy from Pasco County, Florida on a charge of felony animal cruelty.

It all started with an argument between the deputy and his girlfriend about her cats. It ended with him murdering one of her beloved animals.

Sign the petition to demand that authorities fully prosecute this deputy and that he can never own animals in the future.

According to police, Harris's girlfriend came home to find her 3-year-old cat Axel hiding inside his crate, shivering from fear. She noticed that his little paws had toenails that were bloody and broken. When she tried to get him to stand up, he could not support himself on his hind legs. Tragically, poor Axel died from his injuries. Other officials arrested the deputy, and he is facing charges of animal cruelty. We need to make sure he is never allowed to own animals again!

Experts conducted a necropsy on Axel, which showed that he suffered from horrible torture before his death. In fact, evidence suggests the cop actually stomped on and beat poor Axel to death. According to officials, the cat suffered from bruised internal organs and hemorrhaging. They ruled that the official cause of death was blunt force trauma.

It is no secret that domestic abuse and animal abuse go hand in hand. In fact, more than 70% of pet owners at domestic violence shelters had an abuser who also threatened or physically harmed their animal. People who will control and abuse their family are clearly willing to hurt pets, too.

It's also no secret that police often protect their own. It's unlikely authorities will fully prosecute this case as they should. It's up to us to bring on the public pressure and insist that officials do their jobs here to protect animals and the public! Sign the petition to demand that authorities prevent this man from ever owning animals again, and to prosecute him to the full extent under the law.
Sign Petition
SHAREShare With FriendsTWEETEMAILEMBED
Sign Petition
See more petitions:
You have JavaScript disabled. Without it, our site might not function properly.