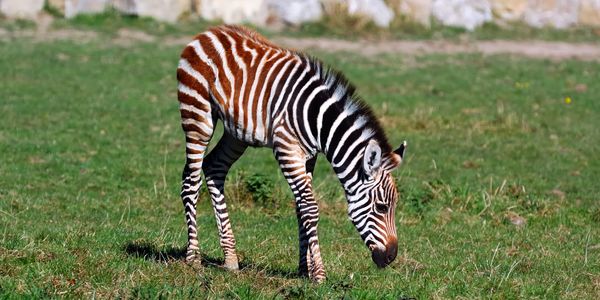 Fireworks scared this baby zebra to death. Sign to demand justice for Hope!

In March 2020, just as the world was becoming a terrifying and uncertain place, a baby zebra was born in Bristol, England. Her caretakers named her Hope, a fitting name for the lively, happy creature who reminded all who knew her that there was a light at the end of the tunnel.

But Hope would never see that light. On the eve of Bonfire Night in the United Kingdom, as celebrations and gatherings had been cancelled to slow the spread of the novel coronavirus, some folks in Bristol took it upon themselves to set off fireworks on their own properties. Hope was so startled and scared by the explosive sounds and sights, that she took off in fear. Confused and disoriented, she ran straight into the wall of her enclosure. She was instantly killed.

While fireworks are a symbol of celebration, for too many animals and humans they are traumatic and -- for Hope -- deadly. Sign the petition if you want to outlaw the public sale of fireworks in the United Kingdom!

Thinking all celebrations for Bonfire Night were cancelled, Hope's caretakers had no way of knowing what was in store. Had the fireworks been sanctioned by an organized, authorized event (in non-pandemic times), they could have made sure Hope was in a safe place -- possibly an enclosure where sound was more reduced, or where she could not hurt herself in a panic. But because these fireworks were set off by non-professionals on private property, no planning could be done.

Even when they do not result in death, fireworks are highly traumatic. For people with anxiety, PTSD, autism, or other sensory sensitivities, holidays that involve fireworks are a nightmare. Animals have no idea what is going on when the bomb-like projections are detonated, and there is no way to tell them these sounds are safe. For wildlife and pets, there is little difference between fireworks and deadly explosions.

If fireworks were less readily available, and only ever used by staff at scheduled, approved events, everyone would be safer and happier. Fireworks would be less prevalent, and preparation would be possible. If this law was already in place, Hope might still be alive.

Sign the petition to demand that the United Kingdom take fireworks off the market for the public!