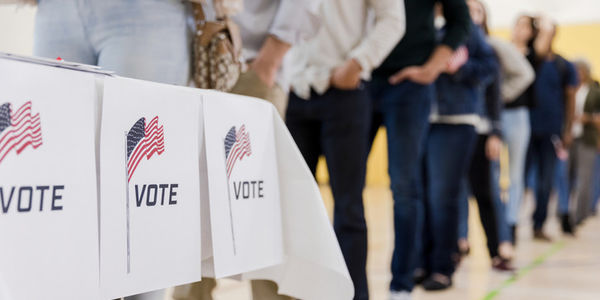 We all know that Trump won the presidential election by cheating. Russian influence spread disinformation on Facebook and elsewhere, making a massive difference in people's ability to make a voting decision. That, combined with rampant voter suppression and a broken electoral system, is what got us a Trump presidency. Now, this November, 2020, we have an opportunity to get him out. But make no mistake, he and his allies, both domestic and abroad, will do anything they can to keep him in office, including cheating. That's why we desperately need a third party monitoring our elections.

Sign the petition if you want the UN to send election monitors to the US to ensure a free and fair election this November.

Republicans have long used gerrymandering and voter suppression to win elections. In fact, they've been chipping away at the Voting Rights Act ever since it was enacted, with the obvious aim of disenfranchising voters of color, especially Black voters. This year, with the COVID-19 pandemic going on, they are presented with cover for that voter suppression.

For example, Kentucky cut the amount of polling places from 3,700 to 200 in June for their primary election. They claimed it had to do with the pandemic, but it was just voter suppression, plain and simple. States have no issue spending immeasurable resources reopening restaurants, bars, and stores, but refusing to take action in protecting people's right to vote is another story. Some states are doing things like expanding vote-by-mail programs to try to make sure everyone actually gets to vote. But not all states want all their residents to be able to vote. Historically, red leaning states actually want to suppress the vote because that's how they win elections and keep their state under Republican rule.

We can expect more and more of this heading up to the November election and we have to fight against it. Another four years of Trump would be a disaster for the entire world. That's why we need to get the UN to send election monitors to ensure a truly democratic election this fall.