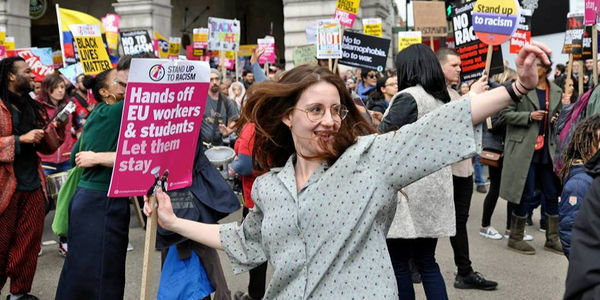 In his first statement as prime minister, Boris Johnson gave 'unequivocally our guarantee to the 3.2 million EU nationals now living and working among us...that, under this Government, they will have the absolute certainty for the right to live and remain."

In less than a day, the prime minister's spokesperson rushed to clarify that this did not mean new legislation would be proposed. Instead Johnson would maintain the EU Settlement Scheme, implying that migrants who fail to apply will lose their legal status and residency rights.

Figures suggest at least 2 million EU nationals have not applied for settled status yet. In order to be given settled status, migrants have to prove they have lived in the UK for at least five years.

To make matters worse, the Home Office has brought forward the deadline for applications from 30 June 2021 to 31 December 2020.

This is the perfect recipe for a repetition of the Windrush generation scandal.

Legislation should be passed to guarantee the legal status of all EU migrants who live here.

At a minimum the government must: