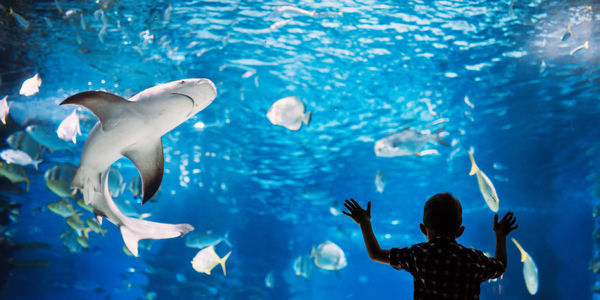 Shark Week is upon us, and it's time to take a bite out of their biggest threat - shark finning.

Shark finning is the practice of catching sharks solely for their fins to make shark fin soup, an expensive delicacy in many Asian cultures. Fisherman, encouraged by high prices for shark fins, catch hundreds of thousands of sharks a day, then slice off their fins while they are still alive. They often don't even bother with the rest of the fish, instead, they toss it back into the water - suffering and in pain - to sink to the bottom and drown.

According to the Animal Welfare Institute (AWI), over 73 million sharks a year are killed for their fins alone. The high death toll is devastating the shark population to the point at which some sharks are now on the brink of extinction. This is nothing short than a wake-up call to do something now, as, without sharks, the seas will die.

Sharks have evolved to be the ocean's apex predator. They keep prey fish "populations healthier by going after the old, sick and very young...and keep the population numbers of other species in proper balance." And contrary to what you might think, a healthy shark population actually improves fishermen's harvest.

Recognizing the importance of sharks and the danger the shark fin industry poses to our ocean's health, many American states have imposed bans on their sale, harvest or import. Yet despite these bans, restaurants are still selling this deadly dish. AWI's database counts more than 200 restaurants in the United States alone that are hawking shark fin soup, some in states like California - with 59 restaurants and New York with - 19 where there are statewide bans.

These bans aren't working because they don't stop restaurants from getting shark fins from neighboring states where it still isn't illegal. That's why a federal ban, which would close American borders to shark fins once and for all, is so important. Currently, there is a bill in the house that could do just that. The Shark Fin Sales Elimination Act of 2019 will make it illegal to possess, buy, or sell shark fins or any product containing shark fins" federally. Those in breach of the law will be in for serious criminal consequences.

The bill was introduced in January and still has yet to move forward. That is unacceptable. This is a problem we must tackle in order to save this vital species. Please sign the petition and tell Congress to take action now. Tell them to pass the Shark Fin Sales Elimination Act of 2019.
Sign Petition
SHAREShare With FriendsTWEETEMAILEMBED
Sign Petition
See more petitions:
You have JavaScript disabled. Without it, our site might not function properly.