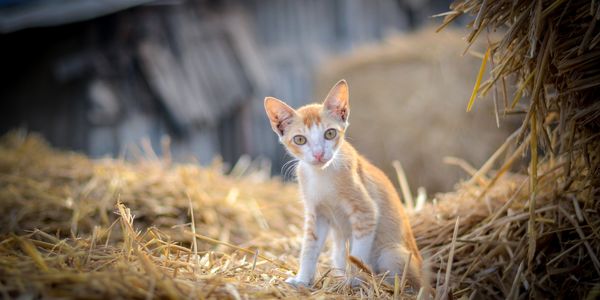 Protect NSW Cats and Wildlife from Being Poisoned

UPDATE (Oct 4, 2021):  The AVPMA responded to our letter, saying they will refuse the emergency permit application to use bromadiolone in crops.
Read the full response.

Alley Cat Rescue and 71,097 petition signees from around the globe urge you to bar the use of bromadiolone for mouse control in NSW.

As you are no doubt aware, bromadiolone is so potent a poison that it will not only kill the mice who ingest it, but the animals who feed on the affected mice as well.  This includes native birds of prey, other wildlife and pet cats.  Not only would these collateral deaths be tragic, they would also be inhumane as death from bromadiolone poisoning for animals larger than mice is slow and painful.

There are other pesticides that will not harm or kill other animals and they should be used to fix the mouse epidemic in NSW.

New South Wales, Australia is experiencing an overpopulation crisis from mice, which are destroying farmers' crops and posing a threat to vulnerable people's health. Unfortunately, NSW Agriculture Minister Adam Marshall has proposed an unnatural, short-sighted plan to use an extremely powerful poison (he called it "the most powerful poison that we can get our hands on") called bromadiolone. The bromadiolone will be applied to some of the mice's sources of food.

This poison is so potent that it will not only kill the mice who eat it but the animals who feed on the affected mice such as free-roaming cats (including helpful barn cats) and birds of prey. Any other birds or wildlife that have the opportunity to eat the poisoned food will also become collateral casualties.

Marshall doesn't deny that some pets, livestock, and wildlife will die. He is quoted by ABC Australia as saying "There is going to be a cost to this for some other animals but it's something that's been factored in and we just have to take this step," despite the fact that, per Ecology academic Dr Maggie Watson of Charles Sturt University, there are other pesticides that do not pose a threat to other animals that could be used.

Sign this petition to urge APVMA CEO Lisa Croft to bar the widespread use of bromadiolone as mouse control in NSW.

Care2
Protect NSW Cats and Wildlife from Being Poisoned
SHARETWEET