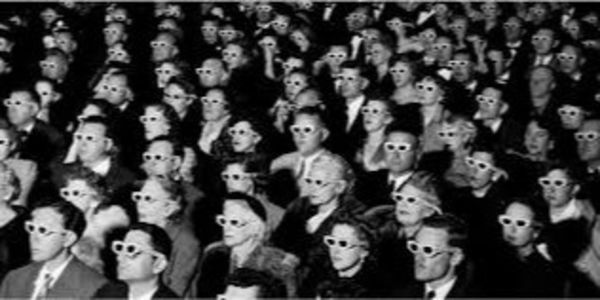 One Voice for Change: Ending Discrimination in the SAG-AFTRA Stunt Community

Hollywood's dirtiest and longest kept secret is the practice of Blackface. We call it a "paintdown" or "wigging," in all its arcane forms and colors. Sometimes it's as simple as donning a helmet and gloves to hide the ugly truth.

We are the stuntmen and stuntwomen of the Screen Actors Guild–American Federation of Television and Radio Artists. We are Superman when he's super. We are Black Panther when he pounces, we are Wonder Woman when she's wondrous, and we are Machete when he chops. We are James Bond, after all, when he drives, dives and nearly dies.

When we drive fast, fly high and fight hard as Women, Black, Brown, Asian or Native Americans we are not always what we seem to be. Not because the proper gender or ethnicity is unavailable or the skillset is absent in those to be considered. Paintdowns and wigging are done because most of us at the top of our community - the stunt coordinators - are White men of privilege.

Be it racism, nepotism, the promise of reciprocation or any of a dozen other reasons, this faction must abide by our collective bargaining agreement, which states that they "shall endeavor" to find the appropriate stunt double. We shall only "endeavor" or, be willing to say that we did. It is not enough. This faction who persist in hiring White stunt players when they shouldn't and who use safety as a false narrative and impenetrable cloak to shield their violations, need to be held to account.

This faction, it must be noted, are not exclusively White or male and still they refuse to comply with the guild's diversity guidelines and the nation's civil rights laws. Instead, they make excuses and continue the systemic abuse against the BIPOC, LGBTQ, PWD communities and, most notoriously, against women of every shade.

We understand the nature of our business is dangerous and that some skillsets are highly specialized, perhaps existing among only a few members. It is reasonable to predict that our stunt needs may require talent not found in the appropriate gender or ethnicity of our membership or even outside our membership and a Taft-Hartley exception.
It is unreasonable to use these rare occasions as a pretense and rationalization to perpetuate the exclusion of BIPOC, LGBTQ, Women and PWD stunt performers.
It is the abuse of those exceptions on which we seek to shed the brightest of lights.

This petition calls for an end to that abuse. All the racism. All the homophobia. All the misogyny. It calls for an end to the hate speech, the harassment and the threats of violence - by and against fellow members - online and in person. We ask that SAG-AFTRA investigate the ongoing violations of paintdowns, wigging and hate speech in an effort to hold producers and stunt coordinators accountable for their hiring practices.

We all want to see and perform the best and safest stunts conceivable. It is with that goal in mind that we unify as One Voice For Change. We ask that you join us on this quest for equality by showing your support and signing our petition.

It is up to the membership at-large to ensure these civil rights violations come to an immediate end.
We are the union. The union is us!

In Solidarity,
The Thirty-Three of OVFC
SAG-AFTRA / DGA / ATAS