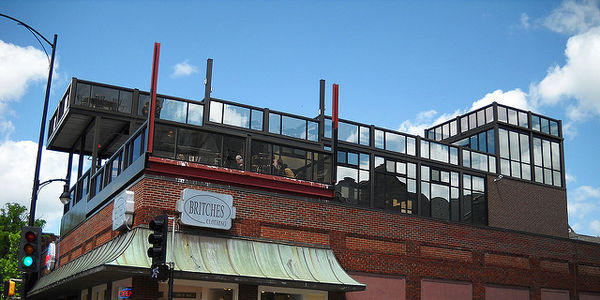 Save Columbia's Historic Downtown District and Give Students Affordable Housing!

[Skip Walther] also received a $1,000 contribution from Eran Fields of Fields Holdings, LLC, which wants to build a 10-story apartment tower at Ninth and Locust streets.  Walther said that he represented the other party in Fields' purchase of property for the apartment project but that Fields sought him out to make the donation.  “He asked me if he could make a contribution; I didn’t solicit it,” Walther said. “I think that speaks to who I am as an attorney and as a professional."

California-based developer Eran Fields — who is planning the 10-story Rise Apartments building on Locust Street between Ninth and Tenth streets — also donated $1,000 to Walther’s campaign. Walther said the donation was unsolicited and came because of his legal representation of Quinton’s Bar and Deli owner Michael McClung in the property deal for the project, which includes demolition of Quinton’s. McClung also donated $500 to Walther’s campaign.

SKIP NOW WANTS TO PUT OFF ANY ACTION AGAINST THE BUILDINGS AND DEVELOPERS UNTIL AFTER THE APRIL ELECTIONS. This is convieniently after construction starts. Let the council know you won't stand for it!

UPDATE#3: Two more Council Members have gotten back to me and let me know that State law mandates that if a developer meets all the zoning conditions, and there are no infrastructure capacity issues, that they cannot deny the application for a plat. So while our first objective may not be attainable, our secondary ones are not ruled out. However we STILL are petitioning the city council to help incentivize and bring in affordable housing for students and families to Columbia (as opposed to luxury), and ordinance a protection of our historic district on and around 9th and Broadway (a C-2 zoning district).

UPDATE #2: Michael Trapp, Second Ward City Council Representative, has let us know that he has seen this petition and that "I [Mr. Trapp,] support extending the time the historical preservation commission has to examine the issue from 30 days to 90 days or 6 months to give the community time to respond."

Keep up the good work guys! Share and Sign, regain your CoMo voice! UPDATE: It has been brought to our attention that it may be "too late," and that the council decided on several issues. However we STILL are petitioning the city council to appeal their decision, help bring in affordable housing for students and families to Columbia (as opposed to luxury), and ordinance a protection of our historic district on and around 9th and Broadway (District C-2). There are many other places close to campus and downtown that developers and contractors can build, but we need to protect what makes Columbia so unique: several college campuses that are within walking distance of great local businesses. Eran Fields and his California company are just one of several out of state developers trying to make our downtown into a pre-fab, unhistorical, "Luxury student housing," development that will cater to their pocketbooks and not to what the majority of students and Columbia residents need. Is your apartment or business next? ORIGINAL TEXT: Eran Fields and his company, Fields Holdings LLC, is a California-based developer who has requested to turn two plots of land, where Quinton’s Bar and Deli is currently located, into a building mainly to be used for student housing. He said the building would be beneficial for downtown, but the students of the University of Missouri and the inhabitants of Columbia know that it is not. The proposed 10-story high rise is supposed to be a "luxury" student centered housing project, with commercial shops located below. This high rise will be displacing 20+ current students, several businesses, and a historic landmark. It will shrink the Historic District as we know it, and grow the pockets of another out-of-state money hungry developer. The only thing standing between our District and a hungry out-of-state developer is City Council. The final plat proposal, which is considered a “resubdivision” under city code, asks the council to consolidate two downtown lots into one — The James Condominium property and a small lot behind it that was platted in the 1800s and is too small to qualify as a legal lot for the development. Development Director Tim Teddy said he believes the resubdivision request is the only approval the developer needs from the council aside from street and sidewalk closures to accommodate construction. The project area has all C-2 commercial zoning. “Unless they stray above the C-2 height limit with that 10 stories or need another sort of variance, they should not have to go back to the council,” Teddy said We need 2,567 signatures to save our downtown from: • An increase in flow to Columbia’s existing sewage problem, which could come back to haunt residents' taxes, and not Mr. Fields pocketbook. • The many huge potential electrical issues with regard to transmission lines in the area. The last time there was another huge high rise erected, The council was forced to approve a $1.4 million project to extend the Rebel Hill feeder line downtown to increase electric capacity by 5 megawatts • Evicting twenty people living in the historic James Condominium downtown, who now need new homes by the end of February after the property at 121 S. Tenth St. was sold to Mr. Fields. They were given almost no notice; only one month to move out. These people depend on affordable housing, as do most of the University of Missouri, Columbia College, and Stephen's College students. • By signing you'd be saving the downtown from unnecessary construction, and inhabitants from unnecessary eviction. The number of students at MU grew annually by 2.6 percent on average from 2006 to 2015. Yearly enrollment growth dipped below that average for the first time in 2013, and it has not recovered. • Another "Shakespeare’s" displacement. The Gordon Building, where Shakespeare’s Pizza was located, was listed on the national register as a historical part of the downtown. That building was demolished in May to make way for a six-story, mixed-use structure. Brookside, The District Flats, TODD, U-Center, The Lofts on 9th and Broadway, among others are all high-rises that have displaced business and crowded our downtown. • These developers are all out-of-state, sucking the student funds from our hearty economic structure in Columbia, and emptying local revenue from local pockets. • An expense in Columbia's department of public health and safety, and thus to Columbia's inhabitants and students, to accommodate this out-of-state buyer. • The "nickel-and-diming our way out of having a historic district downtown,” as stated by Deb Sheals, a historic preservation consultant who has worked for the Historic Preservation Commission in the city of Columbia, and who compiled a report on the downtown historic district. She thinks the whole James Condominium building, where the 20 students are being evicted, is worth saving. In the early 20th century, it was the site of The Winn Hotel and an Elks lodge. • A money mongering man who doesn't care for the local community. Fields said his company looks to develop in growing "university towns" and has previously developed eight other apartment buildings in cities with large universities, including Los Angeles; Seattle; Reno, Nevada; and Gainesville, Florida. He said he'll market the apartments not only to college students but also to professionals and even families. He's not worried about potential enrollment declines at MU. All he cares about is extending his reach into another large university population as a capital venture. • By signing you'd be voicing that students need affordable housing, and not luxury housing, near campus. Students like Kayla Elder, a senior studying biochemistry at MU and a downtown marketer for Roxy's owner Jesse Garcia, said she chose to live at the James Condominium because she has no car and she wanted to live near work and school. Tell the Columbia's City Council to deny further requests by Mr. Fields and by other developers who do not care about the Historic Downtown District or the needs of local students. Sign Now!