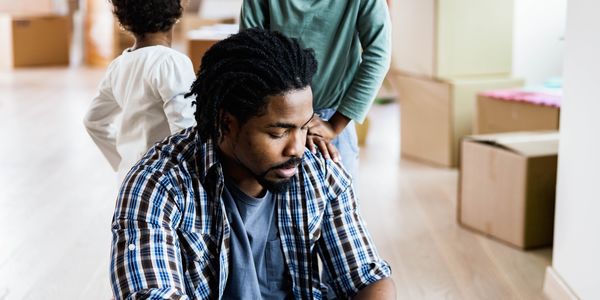 Families are buried under billions of dollars of back rent and utility payments, while big banks and corporations get richer

10 million people are behind on their rent in the United States.

At least, that was at the very beginning of January 2021, almost a year after the first case of COVID-19 appeared in the U.S. With February's rent swiftly approaching, it's very likely that number will increase.

So while Joe Biden made quick work of extending the CDC's federal eviction moratorium into March -- he signed the executive order the day of his inauguration -- the brunt of the work still looms. According to economists Mark Zandi and Jim Parrot, "lawmakers deserve credit for ensuring that these households did not lose their homes. But they need to do more. Soon."

Eviction and foreclosure moratoriums alone don't protect against homelessness. They only delay it.

Sign the petition demanding that the next COVID-19 relief bill include enough money to cover all back rent, late utility bills, and mortgage payments for those affected by the pandemic!

The half-hearted attempts at relief for renters may have cost less money -- but more lives. No federal agencies are enforcing the eviction ban, and some landlords are still desperate or heartless enough to forcibly remove tenants -- a study out of UCLA estimated that as a result of evictions during the pandemic, an additional 10,700 people have died.

Billions of dollars in back rent and late utility bills -- almost $60 billion to be exact -- still hangs over the heads of renters that have not been evicted (yet). And that isn't even including the homeowners and landlords who are behind on mortgage payments, whose protections against foreclosure are confusing and inconsistent. The bottom line is that individuals and families should not be the first casualties of this economic crisis, while giant corporations and the elite 1% continue to get richer -- thanks to, in part, the inequitable distribution of previous relief packages.

One previous relief package, passed in December 2020, included $25 billion to be distributed to renters and landlords in need. But even with perfect, timely distribution (not something the U.S. government is known for) it's estimated that this would only bring the rent deficit and the number of those who owed down by about half. By March, when the eviction moratorium is set to expire, the number would just begin to rise again.

That's why we need the next relief package to be aggressive when it comes to relief for individuals and families who are at risk for eviction or foreclosure, or will be well into the future. On top of the additional funds for renters and landlords that Biden's new proposal includes, we need a rent freeze so that the numbers do not go up, a comprehensive foreclosure ban, and a real plan to enforce the eviction moratorium! Sign the petition and demand that Joe Biden strengthen his proposal, the American Rescue Plan, with these items.

The effects of the COVID-19 pandemic will not be short term, so our solutions shouldn't be either.

Care2
Families are buried under billions of dollars of back rent and utility payments, while big banks and corporations get richer
SHARETWEET