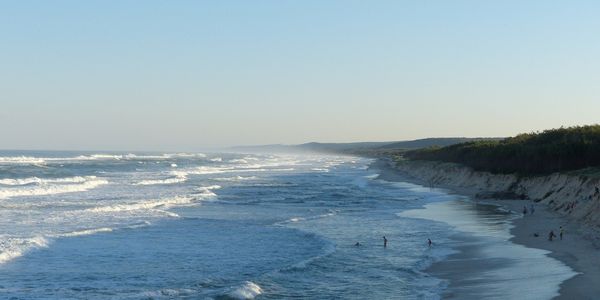 The Western Australian Government has recently announced new "shark mitigation" strategies, including plans to track, bait, and destroy sharks if larger than 3 m. Any white shark, tiger shark or bull shark greater than 3m total length caught on the drum lines will be "humanely destroyed" with a gun. Drums will be supplied by the Department of Fisheries, but the bait will be supplied by the fishermen and preferably sourced from shark. The tender, entitled "Shark Drum Line Deployment, Management and Associated Services, was posted on the Tenders WA website. The deadline for submissions is 2.30pm on Friday, January 3.

With the majority of Western Australians in favour of non-lethal shark protection programs, pre-emptively killing Great White Sharks is an extreme, excessive and a reckless response to ocean conservation. It is an erroneous representation of the views of Australians in general.

Researches have revealed that sharks routinely come close to humans without any incidents. While the culling a few sharks may seem inconsequential, the killing of endangered species listed in the IUCN Red list is disrespectful of nature and of the world’s populace. Sharks are an apex predator and are ecologically important to the balance of marine ecosytems. Sharks are a K-selected species, in general they are long-lived, take years to reach sexual maturity, and have few offspring. Currently numbers estimate that around 64 million sharks are being harvested every year. This has the potential to put shark populations in collapse if conservation efforts are not put into place.

Instead of pre-emptive culling, we suggest pre-emptive evacuation – ie if sharks are spotted within one kilometre of a beach or populated coastal water, immediate evacuation of the vicinity should be initiated. There are radars and sonar that could be used to deter sharks from swimming areas. There is also a need to increase public education and awareness of sharks roles in marine ecosystems.

Show your support by signing our petition to send a strong message to Colin Barnett, The Premier of Western Australia.