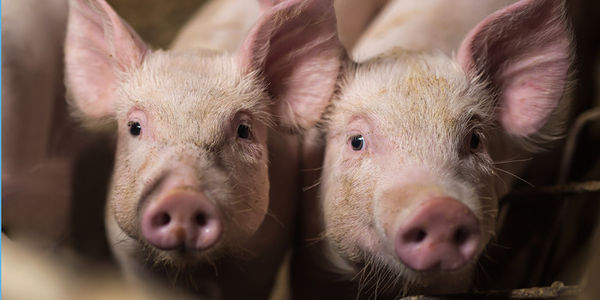 During the Pioneer Days festival held every February in the town of Ridgeland, Wisconsin, the entertainment includes a "Free Chicken Fly," in which over 200 live chickens are tossed off a roof to the crowd below to keep as pets, and a "Greased Pig Contest," in which children chase and try to catch greased pigs.

It's unclear whether the pioneers of Ridgeland participated in these disturbing traditions, but there's no reason for them to continue to be held in the 21st century, now that we're much more enlightened about what entails animal abuse.

The chicken toss has been criticized by animal welfare groups including the Humane Society of the United States. It's probably frightening for the chickens, which are intelligent and sensitive creatures. Tossing them off a roof implies to the children in the crowd that chickens are just objects to be flung around like toys.

Years ago, the county district attorney investigated the chicken toss to see if it violated a Wisconsin animal cruelty statute. Based on a short video he watched, the D.A. decided the chickens weren't being harmed and allowed the event to continue.

As for the pigs being chased, this year the Dunn County Sheriff's Office stated on its Facebook page that they are not injured. Yet it said deputies will attend this year's festival on February 17 and 19 and "use their discretion on how to handle what they observe."

It's 2018, not the pioneer days, and it's time for the chicken toss and pig chase to end. Please sign and share this petition telling the Drunkin' Monkey Bar & Hotel, which hosts Pioneer Days, to end these two events.