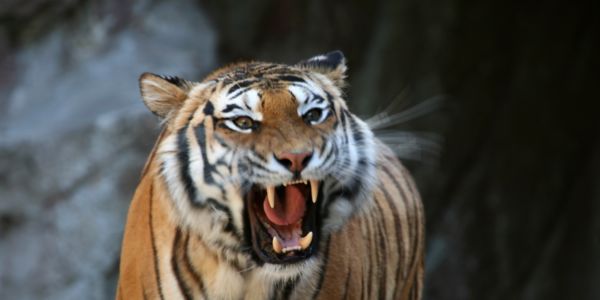 Our Endangered Species Need This Law to Survive.

By latest estimates, over 1 million species are in danger of disappearing globally. Much of this is due to biodiversity's arch-enemy, climate change. But there is another culprit that is also picking off our earth's beautiful animal species one by one - the lucrative and illegal wildlife trafficking trade. Many of these animals end up part of the tourism industry like the orcas and dolphins of SeaWorld to which Expedia still sells tickets. Other animals, on the other hand, are not so lucky.

Animals like lions, tigers, chimpanzees, gorillas, and many more are the targets of organized crime syndicates that trade in their flesh and bone, killing them in unsustainable numbers and selling them for souvenirs, trinkets, and "medicine."

Passing this bill could help endangered animals. Sign to ask the U.S. Congress to do so.

It is paramount that governments like the United States create strong legislation that works against these organizations and the destruction they cause. One such remedy could be the Rescuing Animals With Rewards (RAWR) Act. The RAWR Act was introduced in May of 2019 and would empower the United States State Department to offer financial rewards in exchange for information that leads to the disruption of the multi-billion dollar wildlife trafficking trade. Since the bill's introduction by U.S. Senators Susan Collins and Jeff Merkley, it has lingered in the Senate chamber. Meanwhile, the House acted swiftly and passed it in July.

Unfortunately, that wasn't good enough to make it law. Now, in order to make it a reality, both the Senate and House will have to reintroduce the bill for the 2020 session. Last year's delay in the Senate is worrying. This is a bill that could save millions of animal lives and help stem the global extinction crisis but it was allowed to fizzle out. Will there be movement this year?

It is more important than ever to strengthen our nation's laws against trafficking and that's why the RAWR Act is so crucial.

Tell Congress you support this important bill and that it must be reintroduced and passed this year without delay. Please sign the petition and tell them to do so today.

Care2
Our Endangered Species Need This Law to Survive.
SHARETWEET