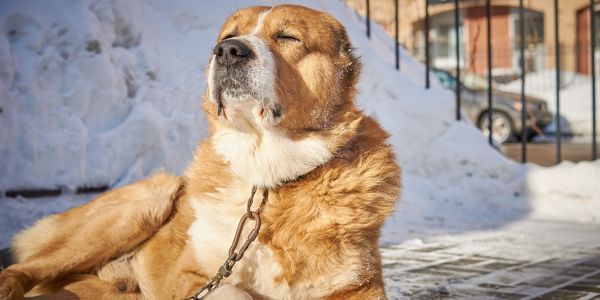 The Governor of Texas vetoed a bipartisan bill that would have protected dogs from animal abuse!

A new bill passed through the Texas State Senate and House of Representatives with strong support from both Democrats and Republicans. The law, called the Safe Outdoor Dogs Act, would have strengthened the state's already existing but vague and lacking animal cruelty laws when it comes to pets being left outdoors. Everyone supported it because it made clear that our household companions need water, food, shelter, and comfortable, appropriate collars and tethers when left outside.

Who wouldn't support this bill? Unfortunately, the answer is...Texas Governor Greg Abbott, who vetoed these protections for our furry friends.

Sign the petition and ask that the Texas State Legislature use its right to override this veto!

If a two thirds majority of the Texas State Senate and House of Representatives vote yes on the Safe Outdoor Dogs Act, Governor Abbott's veto will be null and void and he can't stop his state from protecting innocent, vulnerable pups that reside there.

But why would he want to throw away a bill that would keep dogs safe in one of the hottest states in the country? It would also keep them safe during Texas winters which have been record-breakingly cold, as we can all remember from the events of February, 2021 when a polar vortex ravaged the state.

The reason Greg Abbott decided to leave dogs' safety and welfare unprotected is that he thinks writing safeguards into law would be "micro-managing."

Ensuring food, water, shelter, and comfort for dogs being kept outdoors isn't micro-managing -- it's fulfilling their most basic needs as living, feeling creatures.

The bill that Abbott killed on arrival would have also helped shelters that reunited owners with lost pets by mandating that "animal-control and rescue groups scan pets for microchips." It would have also assisted in these organizations finding strays forever homes, an important task since Texas has a huge homeless dog population, by giving them tax breaks.

If the basic decency of treating dogs well doesn't compel Governor Abbott, then the strong bipartisan support for this bill should have. He's a politician, after all, and it's his job to listen to his constituents and the representatives that work closely with them.

That's why we're urging the Texas State Legislature to take matters into their own hands, and exercise their legal right to override Governor Abbott's veto! Sign the petition and ask them to pass the Safe Outdoor Dog Act with a two thirds majority today!
Sign Petition
SHAREShare this petition with friends!TWEETEMAILEMBED
Sign Petition
See more petitions:
You have JavaScript disabled. Without it, our site might not function properly.

Care2
The Governor of Texas vetoed a bipartisan bill that would have protected dogs from animal abuse!
SHARETWEET