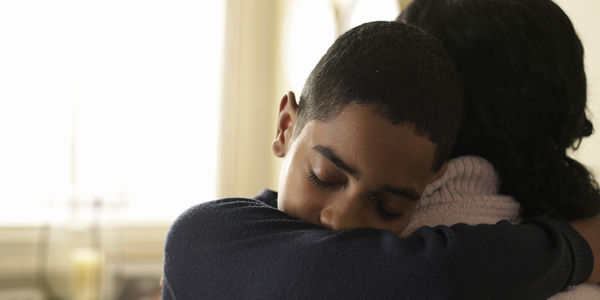 About 14 white children out of every thousand end up in Minnesota's child protection system, compared to 43 African American children. Black kids are also three times more likely than their white peers to get removed from their homes.

The African American Family Preservation Act bill would call for a new department within the Department of Human Services to assess each case involving an African American family and make sure that removal and placement with strangers is being treated as a last resort. And, if need be, overturn the cases where that didn't happen.

Please sign the petition if you'd like to see this discrimination against black parents end and this bill to pass.

In January 2011, Starshema Jones of St. Paul lost all five of her children.

The cause: allegations of neglect. Her daughter, Jones says, claimed she was being abused. She says a Hennepin County investigation later found that it wasn't true – her children weren't in any imminent danger, and her daughter, she claims, continued to make up stories while she was in foster care.

"I was under the impression that they were going to return my children," she says.

They never did. Her oldest two, who are 17 and 14, are still in foster care. The younger three have been adopted. She has no contact with them.

After Jones' kids were taken, she claims she didn't receive any instructions on how to handle her case or reclaim her rights as a parent – which, by law, she was supposed to get.

"I did everything they asked me to do," she told an assembled crowd at the State Capitol yesterday. She says she never missed a court date. She went to see a therapist, who gave her a clean bill of mental health. She even named several reliable relatives to take her kids instead of some complete strangers, and had them get certified as potential guardians.

"My mother, my sister, and my cousin all got licensed, and were offered other children of a different race," she says.

According to NAACP Child Protection Chair Kelis Houston, who introduced Jones at the Capitol, her claim isn't unique. Jones' story is just one in a disappointing sea over the course of Minnesota history.

The reason Jones was at the Capitol in the first place was because Minneapolis Sen. Jeff Hayden and St. Paul Rep. Rena Moran – both Democrats – have co-authored a bill to keep more black children with their families: the Minnesota African American Family Preservation Act.

Jones' story was one of several. The basement press conference room where they made the announcement was packed, with nearly as many people standing behind the podium as there were seated in the audience. They nodded along with the beats of Jones' story. They were familiar.

"The most egregious thing the government can do is take your child away from you," Hayden says. There are already similar laws on the books for Native American families, and they've worked well, he notes. He and Moran want to see the same protections for black children.

It would also allow parents, guardians, and social workers to petition the court for reinstatement of parental rights. Right now, only the county attorney can.

"We are taking African American children out of their homes, and they aren't doing any better than they would if they'd stayed," Hayden says.

He's not optimistic that the bill's going to pass, at least not anytime soon. He told the assembled crowd as much. "This does not seem to be a legislature that's really friendly to these issues," he says. But he calls it incremental progress.

"[It] doesn't always help our folks today, but this is the start of shining a light on this issue," he says.

For seven years, Jones has been going back and forth between the court system and the NAACP's Child Protection services, trying to get back her rights as a parent. How much longer she'll have to keep trying, and how much longer it takes for this bill to pass, remains to be seen.
Sign Petition
SHAREShare this petition with friends!TWEETEMAILEMBED
Sign Petition
See more petitions:
You have JavaScript disabled. Without it, our site might not function properly.