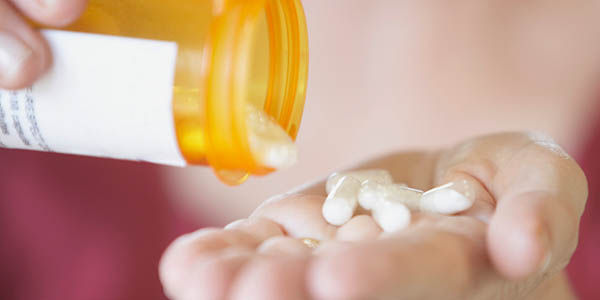 Less than 1 percent of adverse drug reactions are reported to the FDA.

Over 200 thousand people each year die from adverse drug reactions but the cases are probably higher due to a lack of reporting.

Stevens-Johnson Syndrome does not discriminate and can happen to anyone.

We the undersigned submit this petition under the Federal Food, Drug and Cosmetic Act to request the Commissioner of Food and Drugs to include specific topics, as noted below:

Petitioners request the FDA implement a mandatory reporting system requiring all severe adverse drug reactions be reported by the hospital or attending physician.
including:

FDA regulations note that pharmaceutical product labeling must be revised to include a warning as soon as there is reasonable evidence of serious hazard of a drug. FDA Medwatch program is a voluntary system. Less than 1 percent of all severe adverse drug reactions are reported.

Enviromental Impact: The Petitioners believe the actions requested in this petition provide no significant environmental impact. The requested actions will not introduce any substance into the environment and is categorically excluded pursuant to 21 CFR 25.30

Over 700 thousand hospitalized patients suffer reach year from adverse drug reactions and over 200 thousand people each year die from them. Stevens-Johnson Syndrome and its more severe form Toxic Epidermal Necrolysis are under reported and very often misdiagnosed. Physicians continually quote old data as there is no mandatory reporting system to the FDA. Less than 1 percent of all adverse drug reactions are reported leaving deadly medications on the market to unsuspecting consumers.Lamictal (Lamotrigine)  has a high incidence of SJS and carries a black box warning, However this warning is rarely given to patients and package inserts are intended for physicians. In 2006 the anti inflammatory drug Bextra was removed from the market after 86 cases of Stevens-Johnson Syndrome were reported yet Lamictal continues to be prescribed for epilepsy and bipolar disorder with a 1 in 100 chance of developing Stevens-Johnson Syndrome.  In 1997, a Dear Healthcare Professional letter went out to physicians warning them that Lamotrigine was not intended for children under the age of 16 due to a higher rate of SJS in children. It is now prescribed for children as young as 6 months old. It is one of the top drugs associated with SJS reported to the Stevens-Johnson Syndrome Foundation just below sulfa based drugs.  Numerous children suffer from SJS/TEN to over the counter ibuprofen products as they carry a vague warning of rash and they are rarely reported.

According to the AMA doctors are given some training in adverse drug reactions and are taught that Stevens-Johnson Syndrome is as rare as 1 in a million and that they may never see a case in their entire medical career. Therefore it is left off their list of differential diagnosis until it is often too late and the patient has been misdiagnosed with diseases from chicken pox to AIDS. Unfortunately the patient is typically continued on the offending drug until someone finally realizes what is really happening. Those that survive are left with lifelong injuries. Due to the lack of reporting by physicians and hospitals to the FDA many medications with a high incidence of Stevens-Johnson Syndrome  remain on the market. It should be mandatory that all post marketing  severe adverse drug reactions be reported to the FDA by the hospital and attending physician.