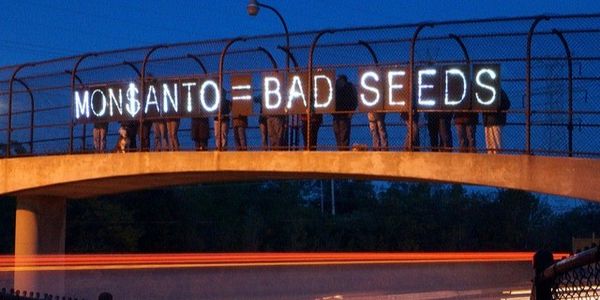 We are calling on every member of the U.S. Senate to approve

"If the bee disappears from the earth, man would have no more than four years to live." Albert Einstein.
They have been in existence for over 100 million years, but it has taken us less than 30 years to kill almost all of them off. Honey bees are responsible for pollinating 60% of the world's food supply. Without them, the human race would face starvation. A worldwide epidemic, it has been called the bee apocalypse by Russia's president, but it is worse in the United States than any other country. Since 1972, feral honey bees in the United States have declined 80% to near extinction, and domestic bees in the United States are down to 60%. Since 2006, the epidemic has been referred to as colony collapse disorder, describing the disappearance of entire colonies of bees.
Among the causes cited for this disaster of epidemic proportions are parasites, the decrease in abundance and diversity of wildflowers, insecticides and genetically engineered foods (GMO's) that create their own synthetic pesticides which kill bees as well as other insects. But one thing is for certain-- mankind is responsible for the drastic decline in bee population and the United States government is doing nothing about it. On the contrary, the government has taken measures to make the problem worse.
While other countries around the world are taking action to try to stop the bee apocalypse, such as the UK, which passed the Bees Act in 1980 and the European Union, who is moving to ban bee killing pesticides, the United States has done nothing to halt the use of bee killing pesticides and is actually encouraging the continued use of genetically engineered plants that have been proven in our courts and others around the world to be dangerous to the environment.
Monsanto's Mon810 corn is genetically engineered to produce a synthetic pesticide that has been proven to destroy bees and has been banned in Poland. Monsanto's GMO's are no longer welcome in Europe, and, as a result, the company no longer markets them there. Neonicotinoid pesticides, manufactured in the United States by Bayer and in Switzerland by Swiss GMO manufacturer and pesticide giant Syngenta, are being banned in Europe for massive bee deaths. But, due to the fact that giant companies like Monsanto can buy themselves legislation to immunize themselves from liability, don't expect the United States to ban the bee killing pesticides or plants anytime soon.
On March 31, 2013, the Senate passed the "Farmer Assurance Provision," which was signed into law by President Obama on March 26, 2013. The Provision has been dubbed the "Monsanto Protection Act," after the huge chemical conglomerate who makes the offending genetically engineered seeds.
The Plant Protection Act, passed in 2000 (7 USC section 7701 et. Seq.), authorizes the Dept. of Agriculture to prevent the introduction of "plant pests" into the United States food supply. Regulations classify genetically engineered plants as "plant pests." Persons wishing to plant such genetically engineered plants are prohibited from doing so unless granted non-regulated status by the Animal and Plant Inspection Service. In order to grant the non-regulated status, a detailed environmental impact statement must be prepared by the federal agencies responsible.
What the Monsanto Protection Act does is strip the federal courts of their power to protect the environment by making any court reversal of non-regulated status or a court injunction against growing plants that have been proven to be dangerous ineffectual, at the request of any grower or seed producer, who petitions the Dept. of Agriculture for an exemption. Hence the term "Monsanto Protection Act" as Monsanto is the largest producer of genetically engineered seeds in the world, and certainly footed the lobby bill for the provision.
The bad news is that giant corporations throw giant money to lobbyists who control Congressmen and Senators who are supposed to work for you. The good news is that this provision is temporary and there is a huge grass roots movement calling for its repeal. So effective has been the movement, that Senator Jeff Merkley of Oregon (where non-approved Monsanto wheat recently contaminated wheat fields, nine years after and 500 miles away from Monsanto field trials), is proposing to introduce an amendment to repeal the provision. Contamination of natural plant life by genetically engineered crops, which are engineered to resist insecticides and herbicides, occurs naturally by the process of pollination. The wheat crisis is being minimized by the government, despite the fact that it could affect wheat exports, which are mostly to countries who will not accept the genetically engineered wheat. The United States is the largest exporter of wheat in the world.